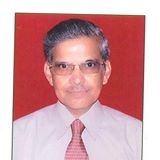 In one case of matrimonial dispute  a FIR under section 406/498A of IPC and sec 3 & 4 of dowry prohibition act have been filed with Police but before Investigation started a settlement arrived for Mutual divorce and cash payment for total marriage exp and dowry article and accordingly MOU entered in by both  parties under which 40% be paid on first motion and 40% at second motion and remaining 20% while quash of FIR at High court.

The girl based upon MOU withdraw the Domestic violence case from the court.

On first motion the boy as agreed in MOU have to return to the  girl , a booked  flat"s original booking paper to the girl but on lawyer persuation first motion allowed without  return of these agreed paper by boy but he paid 40% amount by draft in court and stated that paper are lost though he is having these and declare in court that he shall be cooperate to get the duplicate paper from builder on girl application ( girl booked flat in joint name with boy though all from her own fund)

My query is that in how the Girl suppose to cooperate the boy for quash of FIR ?

offences ? is that not be a case of purjury against girl ? should she be required to present in High Court for quash the FIR ?  or sign the petition for quash of FIR? even after getting Divorce degree in second motion it is doubtfull that he will pay balance 20% at time of quash of FIR petition as agreed in MOU as he refused to return the Flat booking papers in first motion .

( Can a recovery suit in civil court be allowed for 20 % balance based upon MOU?

Reader are requested for kindly guide in matter,please

Some lawyers are only sharing contact numbers rather giving proper advice

This is not expected in this forum as per forum rule.

Please read each of my posts carefully in the following links.

Lawyer at Supreme Court of India

For the purpose of quashing the FIR the wife/woman has to just make statement on oath in the High Court about compromise between both parties for all matrimonial disputes, her consent for the compromise agreed and made in to a MOU as well the request for quashing of FIR by the husband/man and her consent for the same is given by her without any force or undue influence but with her free will.

There need not to mention by the wife/woman about the validity of the complaint made by her to the Police on the basis of which FIR was registered, thus there will be no offence of perjury on her part by agreeing for quashing of FIR.

As far recovery of 20% balance amount is concerned that will be given to her in the courtroom itself (High Court) as Bank Draft by the husband/man and unless that is given to her the High Court will not allow the application for quashing the FIR, after all the courts are there to help resolve the disputes between husband and wife amicably.

Thanks,Mr Mahajan for guidance but someone from legal fratinity has told me that High Court also can also refused for quash the FIR if in FIR prima facie  crime are committed and in one case(Dr Baljeet  Singh v/s State)  in a matrimonial dispute despite the MOU FIR did not quashed by High court Delhi

I can not comment on the advise given by other lawyer, but for Dr. Baljeet Singh vs State case I can state that that was distinguishable case from other similar cases, because in this case the wife/complainant did not appear in the High Court to admit her compromise after the registration of FIR, the compromise in question was done in 2011 and the FIR registered in 2013, the circumstance in this case were different from the other cases where the compromise is reached, in this case there may be the issue of fraud on the part of the husband for not going for a genuine compromise that was to be investigated by the IO of the police as the FIR was at investigation stage only and final report not yet made by the IO to the trail magistrate court. There cannot be any assumption made by the IO that that the compromise between the parties in 2011 was fulfilled by both parties in totality and it was not face wash process done by the husband to avoid the charges of cruelty and dowry demand later on. The Hon'ble High Court was not convinced by the Husband about the genuineness of the compromise as the wife failed to appear in the court to show and prove it.

What I had suggested in my reply was that the compromise between the parties that is used for quashing of FIR has to be genuine in nature that only can be shown and proved by the wife who has not only admit this compromise as made by he free will and without any force and fraud but also give statement on oath with regard to this fact, recorded and presented in the High Court.