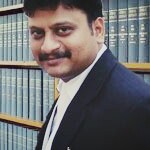 one person (accused) was arrested on warrant issued by magistrate. I come to know that he was convicted in 138 case in 2014. He filed appeal before dist.court in 2014 and never appeared in said appeal. Complainant filed  criminal application under section 418 and 421 of CRPC before magistrate and warrant was issued, accused sent to jail.

now what is the appropriate remedy to accused to come out from jail?

The Accused's Advocate have already done miscarriage of justice. The proper relief would have been to move a petition U/s 389(3) sooner but not later. Now you have to move three petition one u/s 389(3), another u/s 70(2) and another a bail petition before the same court where the accused is convicted. Aside contest the appeal on merits before the District Court.