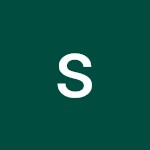 Points: 9
I took voluntary retirement from a Central Police Organisation in 1989 in the rank of of a non-gazetted rank. our pensions are revised every 10 years based on pay matrix decided by the Government after each Pay Commission. Similarly while issuing Resolutions for V pay commission, to be implemented w.e.f. 01/01/1996, the Government has decided to carry out an exercise for rationalizing rank structure and pay scales of Central Police Organizations non-gazetted staff. Until the exercise is done, these personnel will continue to get the pay scales recommended by V CPC. Consequently, the Government of India, MHA, after the said exercise is completed, issued an order No.27012/1/97-PC Cell/PF-1 dated 10th October 1997 rationalizing the rank structure and issued replacement scales to be effective from 10/10/1997 for all non-gazetted personnel of CPOs. Since I belong to CPO, my Department should have revised my pension as per the replaced pay scale, and issue revised PPO w.e.f. 10/10/1997, which was not done. Some how, I could not reconcile my pension account for some years owing to health problems of me and my wife, children's education their marriages etc. However, I have come to know about his anomaly when my Association President has warned me to reconcile my pension and if my pension is revised as per the above GOI orders. I did the exercise and found that my pension was not revised as per these orders and this anomaly existed till VII pay commission. I immediately took up my case with my Drawing & Disbursing Officer, which was my last unit at the time of retirement in May 1997. After explaining all the details of the case, my unit has sent a proposal for revision in accordance with the above Government Orders to PAO New Delhi in May 2019. This was done after several representations, grievances registered with CGRAMS, CPAO and all other authorities. However, PAO returned the proposal with a simple reason that the orders of GOI Dtd 10/10/97 were not implemented to pre-1996 pensioners. I have checked up all Government orders including RTI, but there have been no such orders from Govt for non-implementation to pre-1996 retirees. I have also attended number of pension Adalat's, but in vain. Now my Department directing me to stop writing to them in this connection. I am denied justice. I would like to approach CJ of High Court, because I am a meagre pensioner and my annual income is around 3L. I cannot afford to engage a Lawyer under these circumstances. Kindly advise whether my case fits it for approaching CJ? Kindly respond.
Reply