without divorce second marriage is possible according to law

Is it possible to re-marry a man without giving divorce to first wife.

And if some one cummit such step then what are the suitable law to fight against of it.

Can you please be specefic as to who is marrrying who? It appears from your query that the husband is marrying another man without giving divorce to the first wife.

If any spouse marrieis second time while first marriage is exisiting, it is an offence under IPC subject to the the personal laws of the person conserned. If he/She is not Muslim, he/she can be prosecuted in a criminal court.

your query regarding marriege depends upon your local custam

because according to law it is not allowed

If there is consent of First Wife what is the position !

For any reasons  the  Wife gives  her  written consent for secodn mrriage  of her husband - what  is the lgal position !

If a person wants to marry while the spouse is livig, a divorce should be obtained. Divorce is granted by a court on valid grounds. A divorced person may remarry provided the decree has become final either by not being appealed against or by the appeal being dismissed.

I agree with the views of Mr. Ramachary.

second marriage without giving divorce to first one is a offence of bigamy exept muslim and customary law.

I agree with Mohit. I would like to add further that the cosent of the first spouse, either oral or written, is of no help.

No,if any one does so then the person will be liable for the offence of bigamy,which can be filed by the first wife.

Firstly as a non-Muslim, any man marrying second time during the lifetime of the first spouse/wife, not only commits offence of bigamy which is punishable under section 494 & 495 of the Indian Penal Code but the second marriage is void being solemnized during the lifetime of first wife. Although the first wife/spouse can file criminal complaint against the spouse committing the offence of bigamy. This option of filling or not filling criminal complaint shall be up to her & no one can force her for this, this is non-cognizable offence hence Police cannot take cognizable of the offence & the complaint can only be filled directly in the court of the rank of First Class Magistrate. Even if the first wife/spouse gives her permission for second marriage the validity of marriage will change & it shall be void.

Secondly the legal right of the second wife will in doubt as far the question of inheritance & maintenance is concerned, although the second wife even with void marriage has been allowed by the courts in (including the Apex court), both the right to inherent the property of deceased husband as well seek maintenance from the husband during his lifetime.

Considering the legal position as mentioned above the line of difference between the actual legitimacy of first & second marriage although appear on paper is very clear, but the philophical approach of the Apex Court granting inherent right to second wife & even right to claim Maintenance from her husband has diluted this difference of legitimacy between the first & second marriage & the right of the second wife against the first wife in actual practice.

One person accused U/s.494 stated in court that the alleged second wife is not his wife and is just his personal servant.

What will the honorable members reply to such acts.

Firstly why should the accused /husband allege anything in criminal proceedings as the onus to prove both marriages is on the complainant & not the accused. Secondly even if in his defence the accused after the charges framed under section 494 IPC if he has stated that the second wife is not his married wife but his servant, that won't affect the nature of proof for the criminal complaint. The Supreme Court of India has held in order to prove all offence of bigamy under section 494 IPC the actual performance of both first as well second marriage according to valid rites, customs provided for the marriage of the accused has to be proved beyond any doubts. If the Complainant fails to prove both marriages of the accused, then whether the accused calls his second wife his servant or anything else, this won't have any effect on the criminal complaint under section 494 IPC. 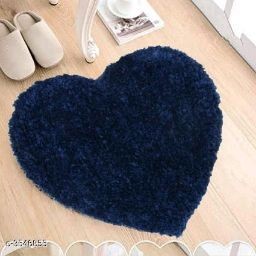