Whether Prostitution is legal in western and other countries

It has been seen that Prostitution trade is running in millions of Rupees Even the foreigners are too luring to this country for trade through websites and other sources and have their contacts with the high profile people. The law enforcement agencies are conducting raids in order to nab the workers behind this but not able to eradicate it but it has been ripening which has been evident from various websites and advt in news papers

Whether it is legal in US and pother contries? If the govt is failed to curb this evil trade while don't make it legal as seen in other developed countries?

Indian people were at at time were cultured. Indians inherit these things people from these foreigners. About 20 years ago there was no concept of live-in-relationship in India. 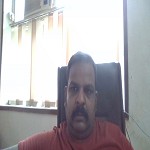 Prostitution is one of the oldest known professions in the world. We see references to them even in the ancient scripttures. Even here minors are detained and the elders amongst them arrested for immoral trafficking. They are also detained for obscenity. Other wise, it is just adults having consensual s*x. And slut rally has got nothing to do with prostitution. One of the english parliamentarian commented that females dress as sluts thereby seducing males to violate them. In protest, the people have come on streets protesting in little clothes.

Yes, but whether its legalised in other countries? In india it may be oldest profession but its not legalised in India

I wrote. It is in but not all the advanced countries. Here also there are recommendations but actually, if a prostitute and her client do it in private, there is hardly any law that can punish either of them. So in a way, its not banned either.

The legal status of prostitution varies from country to country, from being legal and considered a profession to being punishable by death.

Prostitution are considered a form of exploitation in. Sweden, Norway, Iceland, where it is illegal to buy s*xual services, but not to sell them — the client commits a crime, but not the prostitute.

It is a legitimate occupation in Netherlands, Germany etc, where prostitution is regulated as a profession.

It's a crime in many Muslim countries, where the prostitutes has to face severe penalties even like death.

In 1949, the UN General Assembly adopted a convention to punish pimps and brothel owners and operators and to abolish all special treatment or registration of prostitutes.


In India, prostitution itself (the act of exchange of s*xual services for money) is Legal, but soliciting in a public place, keeping a brothel, pimping and pandering, are not.

how come u say its legal in India, so far there is no such law in our country, which legalises the Prostitution, in case you know, please do ernlighten me as well.

Thanks Dipangkar for the information, I guess the profession has also entered  Switzerland.

A married woman X's husband Y indulges in s*x with prostitute Z.  X can allege the Adultery and proceed against husband in civil court for divorce but not in criminal court.  Z cannot be proceeded at all for any reason whatsoever by anyone.  That itself is an implicit legal sanction for prostitution in India. If there is punishment for an unmarried woman to indulge in adultery with a married man, will people not file cases against such woman, even if she is a prostitute?