Reading the extract of eveteasing in Yahoo India how women faces eveteasing in crowded buses and in local trains in Mumbai. Can any one suggest of using the marital art or using pepper spray against the eve teaser in order to make him temporary or permanent cripple disabiling him to used it against any other woman?

Such acts may not stop Eve teasing for good. It will only make the Victim face Future Dangers, due to revenging mind of those Goons. Martial Arts/ Peeper spray / Zappers are good defencing ways in Movies & Novels, but for most Indian Eves, it may not be Successful in Practical life. Anyway enjoy such a fiction ........ 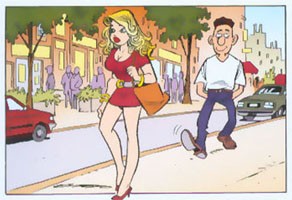 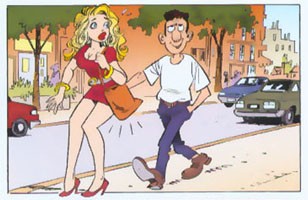 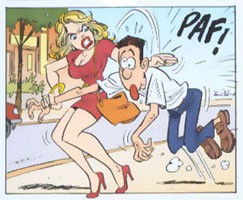 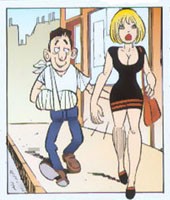 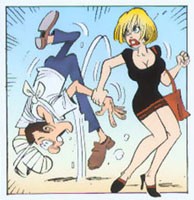 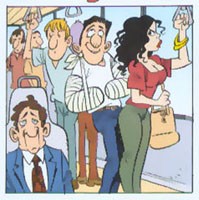 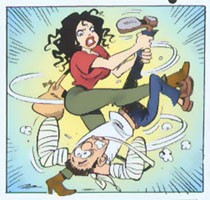 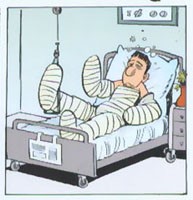 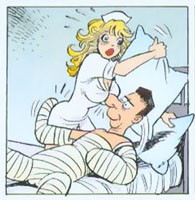 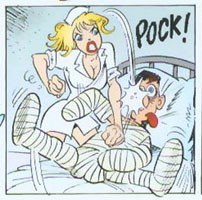 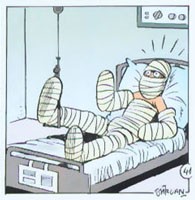 Cartoons pictures are very much erocative. If you see the photograph of patient who is admitted with broken bones except face get the bash from nurse. This shows MEN ALWAYS REMAIN MEN and they cannot be changed in any circumstances

Any way thanks for posting pictures on the net

Ha Ha... You got the msg correct Anonymous.

Someone once said that a picture is worth a thousand words.

Another one in relation to your thread. :) 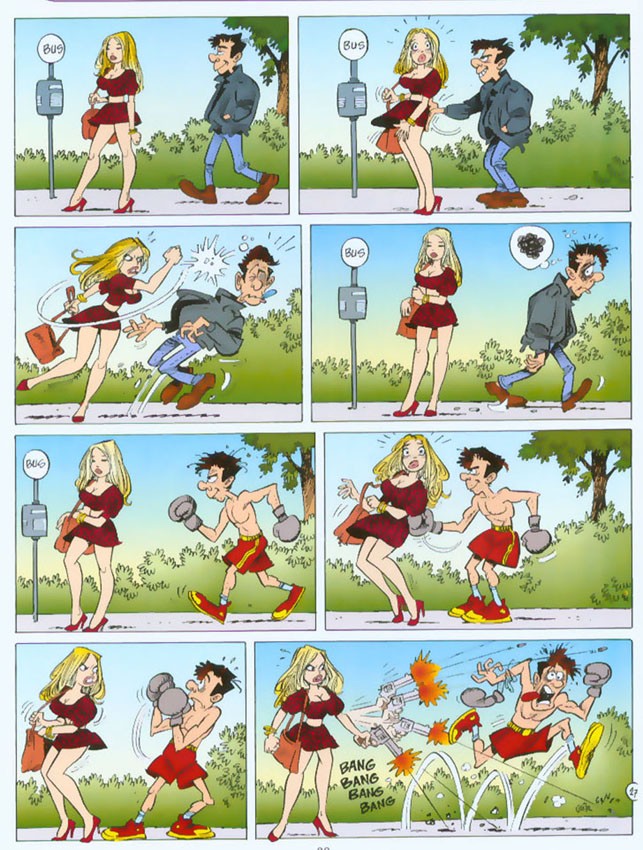 This shows that woman is always one step ahead of  eveteaser? Then why they hue and cry?

Indian eveteaser are very lucky as they are in India as women are cultured and more civilised. Had they be there in western countries , they first be sprayed by the peper which the woman used to carry and then thy hit them in their ******. The woman used to carry grabber devices in which they squeezed the ****** causing extreme pain to them

Cool Dude. Woman needss to be Liberal . Allow them to live freely without fear

Now that Raksha Bandhan is coming, our harassed darlings can keep Rakhis in their bags and tie one on at the first instance of eve teasing, thereby they can not only foil the teaser but also create a holy bond making him dutybound to act as a protector against all other eve teasers.

Tongue in the cheek

Seriously, any one who has seen a Hindi movie knows eve teasing is just the first step in a mating ritual leading to love marriage. Does the heroine ever carry around pepper spray or mirchi powder?