What is the meaning of case disposed, uncontested-dismissed

I am the respondent. The petitioner is my ex-wife.  She failed to file her Affidavit/Evidence continuously so the judge dismissed the case. Here is what it says on the Court's website:

How is this different from dismissed for Default?

Disposed of means case is over, Uncongtested means CASE IS NOT CONTESTED BY THE OPPOSITE PARTY AND DISMISSED MEANS SINCE PLAINTIFF FAILED TO PROVE THE CASE IN HIS FAVOR HIS SUIT/CASE IS DISMISSED.

Dismissed for default means plaintiff or his lawyer is not present during hearing of plaintiff's case.

Hence the Judge dismisses the case for plaintiff's default to appear when the case is posted  for hearing. 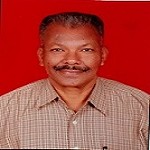 A civil or a criminal case is called disposed only after disposition of all the entered issues or charges in the case on the actual date of dismissal on the last issue/charge disposition.

When no one has opposed the facts and findings of the case it means uncontested. Thus, whatever has been filed has been accepted since no one opposed it and the case is disposed after hearing and now no more hearings are due further.

Therefore, from what I can gather from your question is that the petitioner failed to appear before the court and hence did not contest, therefore the case was disposed off, uncontested due to the failure of petitioner to show up.