under which section government employee can do social work? 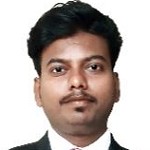 Points: 29
Under which section government employee can join social organization, and do they allowed to take remuneration against social work?
Reply

Under Section 15(2) of The Central Civil Services (Conduct) Rules , 1964  a Government employee or Government officer can be the member , Founder, Trustee of any Non governmental Organisation (NGO)/ Non Profit Organisation.

Section 15 (2) A Government servant may, without the previous sanction of the Government,-

(a) undertake honorary work of a social or charitable nature, or

(b) undertake occasional work of a literary, artistic or scientific character, or

(c) participate in sports activities as an amateur, or

(d) take part in the registration, promotion or management (not involving the holding of an elective office) of a literary, scientific or charitable society or of a club or similar organisation, the aims or objects of which relate to promotion of sports, cultural or recreational activities, registered under the Societies Registration Act, 1860 (21 of 1860), or any other law for the time being in force, or

(e) take part in the registration, promotion or management (not involving the holding of elective office) of a co-operative society substantially for the benefit of Government servants, registered under the Co-operative Societies Act, 1912 (2 of 1912), or any other law for the time being in force:

(i) he shall discontinue taking part in such activities, if so directed by the Government; and

(ii) in a case falling under clause (d) or clause(e) of this sub-rule, his official duties shall not suffer thereby and he shall, within a period of one month of his taking part in such activity, report to the Government giving details of the nature of his participation.

So according to this section the govt. employee can join social organisation. but he/she can not take remuneration or any pecuniary gain for the same.