I had filed a case under 498A and 406 and the court, after 10y battle announced the judgement in which the husband and his parents were given 2y imprisonment (and got bail). Already divorced (ex-parte) by another court.

1. What is the procedure to recover my stri dhan now, considering that during the court process they had returned a few items (gold + clothes etc) which made up hardly 5% of stri dhan.

2. We have a few pakka bills and a few katcha bills for the expenses. Are all of them admissible?

3. During 498A trial too, hardly any shopkeeper came to tesitify their invoices (No shopkeeper will close the shop and sit in the court for a matter which doesnt relate to him and not going to pay him/her). I presume if I file another case, it will be the same. Is that a limiting factor?

4. Can I recover marriage expenses.

5. How often do I need to attend the proceedings as witness as I live in another city.

Please guide. I am a corporate lawyer.

How much amount you expect if you win this case too?

How is amount a deciding factor here? 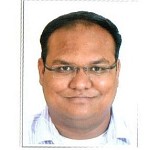 It is deciding factor for you, as I wont be willing to sepnd 2.5 lacs (other expenses and your mental torture not included) to recover 5 lacs (after another10 yrs).

However, if there is immovable property involved than the litigation will be cheap and you can also get the other side to settle at an agreed price.