DIvorce b4 sub registar & Notary is illegal. There is ruling of Supreme court.

are there any HC / SC judgements supporting this ?

i have heard that there is one judgement of Bombay HC - around year 2004.

can someone pl provide me reference ??

I don't know if you are looking for below judgement. 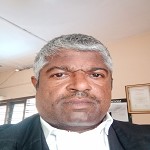 Sirs, 1. In the Hindu Marriage Act, there is provision for customary divorce. Kindly read Hindu Marriage Act, 1955, Section 29(2). Such Divorces, if permitted by custom, are some times published in News Papers, or registered in Sub-registrar’s office. However, if you want a safe second marriage, better, never go for Customary Divorces. Judgments of Divorces Courts are “In Rem”, but sub-registrar’s documents are normally “In personam”, means the 2nd wife/ husband cannot file Bigamy case after seeing Divorce Decree, but with Sub-registrar/ Notary Divorce agreement, there can be definite case of Bigamy. 2. Even other wise, even Mutual Consent Divorce is useless; unless you want to take Sanyas. Without knowing how the 1st marriage got failed, if you simply get divorce, even Mutual consent Divorce, what is the use of that Relief. Even in the 2nd marriage, you will definitely repeat same mistake. 3. Whether any Complex (inferiority/ superiority), s*xual disfunction, mood disorder etc; let the present spouse explain in open Court to the Family Court Judge. Try to solve that and continue. If you think not possible to solve that problem, let her get divorce, but never remarry. 4. In the past also I quoted following head note, now I quote that again:- 2001 Legal Eagle MP page … = AIR 2001 MADHYA PRADESH 1. Prakash Singh Thakur, Appellant v. Smt. Bharti, Respondent. F. A. No. 237 of 1997, D/- 12 -5 -2000. Family Law – Divorce, granted easily - Disadvantages – The society is not benefited – Such persons may not know how the first marriage failed, may get married again and again get divorce – Thus even when there is mutual consent divorce (it is not recorded whether the wife had her previous divorce by mutual consent), the Court may make efforts to find out how the present marriage failed and try to repair that – In that efforts, both the parties may be able to know their fault and at least in next married life the mistakes may not repeat – Said non detection of mistake had resulted in remarriage on 3-5-94, separation on 4-5-94 and the husband’s failed annulment petition was decided by the High Court on 2000, again dismissing that – But loss of married life to the lady cannot be compensated by the Courts, thus she is not gaining – This head note is written not from the judgment, but only as an example of how the Divorces should not be granted: Details quoted from the judgment:- Moreover, it may be noted that the parties were known to each other from much prior to their marriage. In the circumstances, it is inconceivable that the appellant would not have come to know about the earlier marriage or divorce of the respondent and would have come to know of the said fact on the next day, immediately after their marriage on 4-5-94. As noticed earlier, the statement of appellant is not only unsubstantiated, but appears to be unnatural and untrustworthy. (Para 19). Code of Civil Procedure, 1908, Order 6 Rule 17 – Amendment of pleadings – About appreciation of evidence, commences from the stage of pre-suit notice and it’s reply – When a man married, and immediately on the next day got separated - After 20 days he was served a legal notice by his wife, to which the only ground of reply was that, legality of marriage – In the Annulment Petition, the ground he took was about her previous marriage and divorce, the concealment thereof – One of the reason to disbelieve his allegation is, not making that allegation in his reply to pre-suit notice – Section 80 Code of Civil Procedure, 1908 – Section 161 Criminal Procedure Code, 1973, the police statement and their role of corroboration in trial – Section 138 Negotiable Instruments Act, 1881 – Eviction Notice – Service and Labour Laws, show cause notice and reply – Law of Notices – Pleading and Conveyance: Held:- It may further be noticed in the above context that the appellant replied to the notice of respondent as per Ex. P-8 dt. 23-5-94. In the said reply the appellant has not alleged that the respondent did not inform him about her earlier marriage or divorce. In fact in the said reply (Ex. P-8) the appellant had taken a stand that the marriage between the parties was not legal. Obviously, therefore the stand of the appellant that the respondent did not inform him about her earlier marriage and divorce cannot be accepted. The learned trial Court has after detailed appreciation of evidence led in the case has recorded a finding to the above effect, which appears to be fully justified. (Para 20). Hindu Marriage Act, 1955, Section 12(1)(c ) – Fraud about marital status – Allegation that, factum of the wife is a divorcee was concealed prior to marriage – Only on the next day, he came to know about this fact – Separated immediately and later sued for annulment – Grounds for not believing the allegation of the husband – (1) His allegation that, on the next day, from the neighbours and friends he came to know about her previous marriage, is not proved because he did not name and examine those individuals – (2) Wife had examined herself and another witness, who testified that, they had informed the husband, prior to marriage, about the previous divorce, which statement is relied – (3) Previous acquaintenance between the parties is proved – (4) She send pre-suit notice, which he replied, only on the ground that, marriage is invalid and no allegation is made about her previous marriage and divorce – Trial Court dismissed the case of the husband for annulment – Judgment of the Trial Court upheld – Appeal dismissed. ========== ============