misuse the provisions of Sec 498A of the IPC.


We must look into why people misuse the provisions of Sec 498A of the IPC.

• Prior Relationship – Wife has a prior relationship, and cannot get out of it. She marries to satisfy her parents, and then misuses the 498a law in order to obtain a divorce.

• Domination – Wife wants the husband to abandon his parents and siblings, and have total control over his finances and social behaviour

• Custody - Deny the father and his family access to their child(ren).

• Fraudulent Marriages - in which the bride (and her family) hides her education level or mental health; and when is justifiably asked to release the person who has gone into marriage without knowing the full facts; she files a false 498a case.

The kind of women who are likely to file false 498A cases have certain typical traits :

• Who is suffering from pre-existing mental problems such as Borderline Personality Disorder, Bipolar Disorder, Schizophrenia, etc.,

• Whose family is nouveau riche and likes ostentatious display of wealth, possessions as well as social and political connections

• Who is used to living beyond her means

• Who listens to and acts in accordance with her parents’ wishes at all times, exhibiting a lack of individuality and discretion in dealing with her married life

• Who pushes for quick involvement during the establishment of a marriage alliance, pressing the man and his family for an instantaneous commitment

• Who is excessively possessive and suspicious

• Who tries to alienate her husband from his family and friends

• Who is hypersensitive and therefore easily insulted 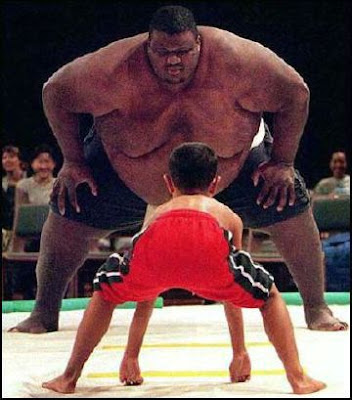 What ever be the reasons.....  this is how the poor husband is posed against his wife who decides to weild her 'ill - legal' power against him !!

Everyone of us know the "behind the scene" of great 498A. But how to stop it ?

How to get these women know what happens after the arrest and bail part is over !

she become a 498a wife along with her kid(if any). No one will marry her again. She will have to stay as a burden of her old parents same as a imprisonment. And moreover she will loose her carrier badly.

My simpthy is with all such husbands torutured by wifes but

plz also see the other side of coin, i have deal such a cases where wifes are so much harassed that even they cannot even face their husband due to fear and husband are so much cruel even they try to kill the wife to get another girl for the sake of dowry.

So the idea behind 498A is to reform the society and not to press the husband but if husband are on right track then even police did not register any FIR and if registered or complaint filed then they easily slip away from the clutches of this act coz they are genuine.

We save lots of husnads also and help the poor laidies also. So every act has its own impact on every person.

Like in death sentence, for the society it is cure but for the person sentenced, it is just like murder which is honoured.

So in this society be broad mind and be expert to deal such cases.

What u have said is true. But when we were young, all of us had read an idiom, "look before you leap".

So if anyone leaps without thinking about their own future, then why should others worry about it ! Previously when peoplw were so called less literate, society was less modern, how many of us had listened of divorce, seperation etc etc.

Can anyone tell me how many dowry deaths or divorce or seperations u have heard about in your own relative circle, when you were young ?

Hope u won't take my comments too much personal.

We must stop the misuse of dowry law as well as prevent the innocent women by this law.

i agree with the views of  Raj Kumar choudhary