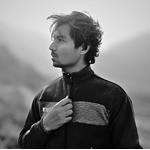 Plea of Alibi at stage of appeal?

Two questions.
1) Normally, at what stage plea of Alibi be made in trial?
2) If not raised in trial, can it be made during appeal?

SECTION 103 THE INDIAN EVIDENCE ACT The plea of alibi cannot be equated with a plea of self-defence and ought to be taken at the first instance and not belatedly at the stage of defence evidence. In any case, the appellant/accused gives no reason or explanations for not taking this plea of alibi at the earliest opportunity. It is always wise to raise the plea of alibi as early as possible in the initial stage of a case. This initial stage could be the stage of framing of charge. But in some jurisdictions, it may be required for the accused to disclose the defense prior to the trial.