Sahodar is pleased to announce that it has launched focused WhatsApp Groups for help of tormented men. The groups were launched almost a year back and there are 1250+ subscribers to these WhatsApp Groups.

A person willing to be part of any/ more than one focus groups can send a WhatsApp Message with "subscribe" to 9811850498.

You can also choose any three groups from the following list and inform on 9811850498 of the groups of your choice so that you can be added.

Please note that no activism/ forwards/ news are allowed in focus groups and sender of such posts would be suspended from the group without warning. Repeated infractions would result in permanent removal from focus groups.

PS: I did not post the news on this forum, as I thought it would be promotion/ advertisements. If Admin/ anyone else has any issues, I would be glad to remove this post

Probe to find, from the beginning,  the person is genuine or not.

In such matters the contributors in thread, argue with eacg other, and at times do not refrain from bad comments,  mud slinging.

This should be avoided.

Its good to join a group.

gud initiative , but no govt aid for man victim 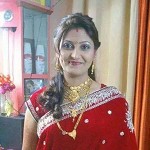