Mistake made in cross examination while noting down tda suggestion

there was cross examination where plaintiff advocate suggested as under " the open path of gat no 1407 was in possession of plaintiff?" and the reply was no by the defendant

under which provision of CPC such errors can be corrected the said error was noticed when certified copies of the cross examination were applied and recieved and since then two date had been passed..!!

You can brought this error before the court because it is mistake done by a steno or you recall plaintiff for further evidence and lead his evidence.

If both the parties agree on the mistake in the answer, as recorded by steno, I am sure the judge may not object to get the mistake rectified.

The concerned advocate has to apply for the certified copy of the Cross and then make an application for amendment in the erroneous recording. Once the application is allowed the error can be corrected. Or the same can be corrected by further cross.

and do you feel other side advocate will keep quite., not practical now.

If the subject matter is for gate 1407,then writing 1408 is surely typing error by steno.You have to give application for correcting that mistake,you should have given immediately. If the cross is not completed,you can do so by doing re-examination. 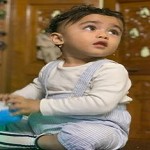 There is no provision anywhere to correct the mistakes in deposititons.  The persumption is that the deposititon is readover to the winess and after acceding thereto, the witness admits to have so deposed and then the judge puts his signature. It is a serious lapse on the part of any party to note it afterwrads and try to make it correct.  Even with consent of both parties, any correction in deposition shall ot be allowed for the reasons stated above.

Though the inherent powers of the civil powers are saved under 151 cpc, the only course left open is to recall the witness and elicit it from him.

Petition under 311 crpc can be filed to correct the error