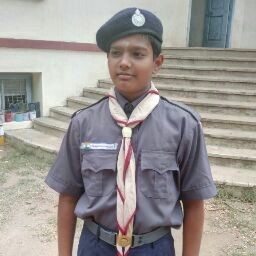 Case Disposed of means the case is over and the proceedings are completed by the court. A case is said to be disposed of when the reliefs sought are either granted or rejected partially or completely and the particular case is closed without any further hearing required. It is known as “Mamla Niptaya” in Hindi. A case Disposal includes dismissal, guilty plea, found guilty or not guilty at a trial by the judge.

The case of Hussainara Khatoon v. State of Bihar, formed the basis of speedy trial. It was held that the prisoners who are in jail for a longer duration than prescribed, if convicted, their detention is unjustified and it violates his rights under Article 21 of the Constitution of India. It was also held in this case that Right to Life also includes the Right to Speedy Trial.

In the case of Hussain And Anr vs Union Of India, the Supreme Court held that the bail petition filed before the High Courts should be decided within one month and in criminal appeals where the accused is in the custody for more than five years should be concluded as earlier as possible.

CAN A DISPOSED CASE REOPEN?

A Disposed Case can be reopened for many reasons:

TIME LIMIT FOR DISPOSAL OF CASES

WHY THERE IS A DELAY IN THE DISPOSAL OF CASES?

In recent years, an increase in litigation cases is seen due to which there is a delay in the disposal of the cases. One of the reasons is the people drag their point of grievances in the court of law which can be solved even outside the court. People should be made aware of the Mediation which can help a lot of cases to be solved outside the courts. In India, the number of Judges should be increased as per the requirement.

A pending case is a case that was started but not completed yet. A case is a pending lawsuit until and unless the judgment is delivered by the court. A recent survey suggests that there are 1.44 crore cases pending in the criminal court.

In the case of Union Carbide Corporation v. Union of India and others[4], there are a number of people who suffered injuries. Years have passed still the people are not being compensated for the harm they have suffered.

The term disposal is used in a much wider sense than the case dismissed. Case dismissed means the court has not taken any decision on the matter and is closed in between. While case disposal means the decision is taken by the court on the following matter. When we talk about the dismissal, the court passes its judgment without even hearing to the plea, if any of these are present:

In a particular case, there are some issues that are not related to the facts and findings of the case, and the case is thus opposed, Such type of disposition is called Contested otherwise.

When the parties dispute the facts and findings of the case and can not prove any particular thing with strong evidence. If either the party is absent from the proceedings it leads to the dismissal and disposing of the case.

When there is no decision related to the issue the case is compromised due to a keen contest.