is this marriage a valid one after 7yrs

in my degree 2year i got court marriage wit a boy without informing our parent coz they won't allow this marriage till 6 years we have never told our parents n till now we are living at our indivisual home. within this time he was cheating on me i decided to give divorce to him but he doesnot. a friend of mine told me a court marriage is not valid untill they together alteast for  1 yr or 3 yrs or so is this correct please i need some way

Yes, you may seek divorce on grounds of constructive desertion of 6 years. But, do annex true copy of Court Marriage Certificate with your Petition along with a seperate application to admit (showing original for admission / denial by opposite party if any) the same just before issues are framed.

if u were in touch via any means telephonic, web or other physical efforts like meeting, sharing feelings, includes (telepathy) , enjoying the company of each othr, desertion either constructive or destructive dosen't attract,as hiding from parents were your cooperated as well as well planned decision in pursuance to ur future together, further   you have to give prima facie evidence of cheating ( as mentioned, or whatsoever imagined) in case the boy didn't wish to divorce, but lack of ochabitation is a ground,if any for the aforsaid duration, if any, you can take a ground for divorce in ur favour...

A Complete Legal and Paralegal Solutions....

What is the proof for that?

But then in relationships many things happen without a proof, love, hate, violence, domination...etc.

But what are the ways to make telepathy admissible for such cases?

What are the basis of his cheating on you? It appears that you are making a wild allegations against him.

She has not explained the nature of cheating, if any, which she should have. So we do not know whether she is making wild allegations or not. As always happen, in LCI only one partner comes with her/his story!!

I have indicated it in lighter spirit!! So take it in a light spirit !!

this is not a constructive desertion in true sense but  consult expert matri lawyer to draft a good petition he will sail u thru it and get u a divorce.

File divorce petition and mention all details of his cheating.

Also do give concrete excuses why you both were compelled to hide/tell lies about your marriage to your parents respectively (otherwise your case would become weak), it will help you to show case your situation under which you got married.

Make a story how yo u got manipulated by circumstances and hence you need to break free legally.

What do you mean by "Court Marriage"? Did you get married under provisions of Special Marriages Act? Who  issued the marriage certificate?  If what you claim to be "Court Marriage" is just an agreement signed before a notary, that is not a legal marriage unless followed up by religious ritual marraiage which has to be proved for validating marriage.

First verify the validity of the mariage before considering filing for divorce. May be you are not married at all - legally. 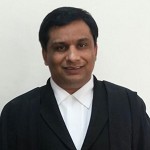 First of all the details provided are incomplete, whatever, things viz. cruelty, living separately (desertion which mean no relationship in any form) etc., could be ground for divorce, but it has nothing to do with your question relating to validity of marriage, for that you need to intimate caste status/ age of you both at the time of stated court marriage.  Only thereafter, status whether said marriage was proper or void could be clarified.  Presumed if marriage solemnized in marriage registrar's office viz. ADM etc., etc., same was proper provided you have not submitted forged age/caste documents etc., etc.,

Presume, governed by Hindu Marriage Act, obtaining divorce is not a easy thing, even in mutual divorce petition under Hindu Marriage act, it takes at least 6 to 18 months, otherwise things could linger on for years, mean in case you file a divorce petition your husband can file petition under section 9 of Hindu marriage act,1955 seeking restitution of conjugal affairs.  So, cool down, take a mature decision, in consultation with concerned one.

Was your marriage consummated ??

he was having s*xual relationship with another girl at 1st i gave him a chance but againg after 2 months i came to know again he cheated on me. I'm a hindu girl. i signed on the divorce paper but he refuses to sign and tells he is gonna marry me and i don't want so how can i get his sign without draging him or me to the court, as i don't want to get it public. is there any way i can get offically sign without draging esp myself to the court

First things first. Unless a legally valid marriage subsists, there is not need to file for a divorce or search for proof of cruelty. So first verify your marital status.

If you and the man are Hindus, your 'marriage' could have legal status under the Hindu Marriage Act or Special Marriage Act. If you two belong to different religions, only Special Marriage Act provide legal cover for marriage. Did you comply with Hindu marriage rituals anytime after attaining age of 18? Did both of you file notice before competent authority under SM Act for registration of marriage under SM Act and then follow up after one month with actual registration of marriage? If answers to both questions are negative, then you don't have a legally binding marriage and therefore no need to file for divorce.

From the available data, I presume that what you refer to as 'Court Marriage' is nothing but an agreement signed before a notary between you and him to live as man and wife. Such agreements do not constitute a valid marriage unless the requirements of personal laws of the couple or special marriage act is complied with later. If  that is the only document you have executed, relax - you are not married and need not file for divorce.

If that is the case, send him a notice of annullment of the agreement citing his refusal to comply and implement its provisions during  the  last 7 years. Do  not mention 'marriage' in your letter and refer only to agreement. To avoid pitfalls and loopholes (which he may exploit), consult a lawyer and have him draft the letter. The lawyer will take care of any supplementary requireemnts that need to be attended to.

If, on the other hand, if you had complied with HM Act or SM Act to have a legally sustainable marriage, then you need to file a divorce. Even so, his failure to set up a marital home for you and take you from your parental home for 7 years is sufficient ground for proving cruelty. If you have proof of asking him to do so repeatedly, better. Even if you have nothing like that, no harm so long as he cannot prove that you voluntarily preferred to stay at your parental house.  Consider this requirement only if it is proved that you have a sustainable legally valid marriage.

Reply of Mr. Venu, is partially correct, having s*xual relationship with somebody other then your legally wedded wife falls in the category of adultery, and unless condoned by way of having intercourse, by the wife or husband as the case may be after knowledge of such adultery, intercourse with somebody else, adultery is a good ground for divorce.  However, in your case, mere advice on the net could cause problems, untill unless you discuss the issue with a lawyer in person, showing documents you have, details etc., nobody can advice you properly, in case you wish to have a free consultation session, write up for an appointment on geminipardeep@yahoo.com, else you are advised to meet a advocate (mind you a good one).

the question is wheteher divorce on ground adultery or is the validity of marriage...i hope the discussion has been deviated from the original track ...