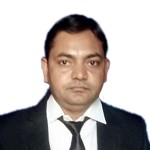 Dear Sir, my close relative purchased a agriculture land including house from his elder brother in 1990 at District Pithoragarh Uttarakhand. The seller ( elder brother) has given assurance to his younger brother in Ikrarnama that he and his sons will register the land and house to his younger brother. The younger bother has raised request for register for purchased land and house but they always assure they will do but they don’t do register the land and house till date. The Ikrarnama is in Rs 5 stamp paper without any notarization. In 1997 the seller had been passed away without registration of the land to his younger bother’s name. The Ikrarnama terms and conditions are accepted to the seller, his both sons. Now, the sellers elder son want back to his salled house and some agriculture land of above said purchased whole land including house. How the second party get remedy on the matter. The seller had sale all things in writing now his son wants some land and house to return. Please suggest how the purchaser get rid of this problems. Regards, MM Joshi

Please suggst your opention on my request please.

From what I gather, there is a way out of this.

Firstly, if your relative bought this agricultural land, was there a receipt of such a transaction? If yes, then that is essential.

Second, was there a sale deed? That can be crucial.

Next, if the Ikrarnama was written and signed by the seller, and it states in no uncertain terms that the land was sold, it does not require any registration as it amounts to a family arrangement that only speaks of a past transaction. Therefore, that is also a major factor going in your relative's favour.

Further, on the strength of the Ikrarnama, the buyer (your relative) can simply register the land in his name himself by going to the relevant registry and filling out the prescribed forms. The only hiccup in this scenario would be if the elder son disputes the transfer. However, even in such a case, I believe there would be no problem as the Ikrarnama is valid and therefore the registry would reject the dispute.

Finally, if registration of the land in his name does not work out, he can approach the court seeking enforcement of the sale deed and transfer on the grounds that he executed the transfer and paid consideration for the same, and he may admit the Ikrarnama as evidence. However, this is a far longer option, so I would suggest he should first attempt registration himself.

Thanking you, Yes the only document is as evidence is Ikrarnama, wherein all terms and condition are written in it. The elder brother has taken amount also mention on the Ikrarnama. But the Ikrarnama is not attested by Notory public or any other authority. As the elder brother always given assurance that he will register his agriculture land and House to his younger brother. The land possession has been 27+ years with younger brother. Regarding the registry process, Second party meet with the Patwari he is not ready to register the land without consent of first party. Please help what step to be taken for the process.