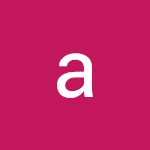 how to avoid jail upon conviction from IPC 338

I am driving a 4 wheeler and accidentally hit a person. I immediately took the injured to hospital and saved his life. But their family registered the complaint and now I am charged with IPC 338. The injured family is not ready to settle the case. The case is in court now in appearance stage. I am really worried about the conviction if I am sentenced to Jail. I am only bread earner in my family. what should I do to avoid jail upon conviction.

We are sorry to hear your troubles.

Section 338 of the Indian Penal Code states that- "Causing grievous hurt by act endangering life or personal safety of others.—Whoever causes grievous hurt to any person by doing any act so rashly or negligently as to endanger human life, or the personal safety of others, shall be punished with impris­onment of either descripttion for a term which may extend to two years, or with fine which may extend to one thousand rupees, or with both."

Negligence is defined as breach of legal obligation, or if one fails to fulfill an obligation. Since Section 338 of IPC is a cognizable offence, the police authorities can arrest an accused without a warrant, and can conduct an investigation without the court's permit. Unless you have solid evidence backing your case up, you will be punished for causing harm to another human being.

Thanks for your reply. So there is any way to avoid jail. I even took the injured to hospital and saved the life. I am so worried as I am bread earner in my family and I am having government job

You should hire a lawyer as soon as possible if you haven’t already. You don't have to worry much considering you took the person to hospital. If you were sober and you took reasonable care and there isn’t any fact that could prove your negligence , you won’t  face serious repercussions.

With this defence a person can escape criminal liability where such act of person occurs as a result of accident. Such act must be devoid of intention. Law does not intend to punish a man of the things over which he could possibly have no control. Section 80 of IPC talks about accident as a general defence.

Section 80: Accident in doing a lawful act.__ Nothing is an offence which is done by accident or misfortune, and without any criminal intention or knowledge in the doing of a lawful act in a lawful manner by lawful means and with proper care and caution.

An accident must be unintentional and unexpected. It implies to happening which cannot be predicted by prudent man. According to Section 80, any act done without criminal intent or with knowledge with proper care and precaution while doing a lawful act in a lawful manner with lawful means, will constitute as an accident. However, if there is no connection between the harm and the act, then there may be no liability for the harm caused.

In State of Orissa v. Khora Ghasi (1978) Cri LJ 1305, in this case, the accused killed the victim by shooting an arrow with the bona fide belief that he was shooting a bear that entered into the fields to destroy his crops, the death was said to be accident.

If the accident occurs while doing an unlawful act, the act would not attract the provision of Section 80 of IPC. In Jogeshwar V. Emperor (24 Cri LJ 789), the accused was giving the fist blow to the victim but accidently hit his wife who was holding her 2 month old child, the blow hit the head of the child which resulted in his death. It was held that even though the child was hit by accident, the act was not lawful, not done by lawful means or in a lawful manner.

Hence, if the act was simply an accident and there is no way to establish negligence and if you also exercised due care, you don’t have to worry. (Again get in touch with a lawyer soon)

I hope your issue gets resolved soon.