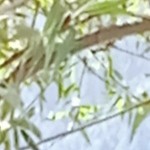 Can Govt. Apply Section 144 Of IPC On Unarmed gatherings?
who has powers to ask them?

An assembly may turn unruly and which may cause injury to person, property or public order. Such an unruly assembly is termed as ‘Unlawful Assembly.’ In Moti Das v. State of Bihar, it was held that ‘an assembly, which was lawful to start with, became unlawful the moment one of the members called on the others to assault the victim and his associates, and in response to his invitation all the members of the assembly started to chase the victim while he was running.’

The term ‘Unlawful Assembly’ has been defined under Section 141 of the Indian Penal Code, 1860 as an assembly of five or more persons having a common object to perform an omission or offence.

Section 144 as per The Indian Penal Code prohibits the gathering of five or more persons, holding of public meetings, and carrying of firearms and can be invoked for up to two months. It also gives the magistracy the power to issue order absolute at once in urgent cases of nuisance or apprehended danger.

The maximum punishment for engaging in rioting in Section 144 restricted area is rigorous imprisonment for 3 years and/or fine.

Recently, in August 2017, the prohibitory Section 144 was imposed in 11 districts of Delhi after violence broke out in nearby states of Haryana and Punjab following the conviction of Dera Sacha Sauda chief Gurmeet Ram Rahim Singh in a rape trial.

Section 144 of Code of Criminal Procedure

This section gives power to a District Magistrate, a Sub-divisional Magistrate or any other Executive Magistrate specially empowered by the state government in this behalf to issue orders in the case where he has sufficient ground to take action and for immediate prevention or speedy remedy is desirable against the apprehended danger.

The object of section 144 is to pass an immediate order in advance to prevent any apprehended danger or to immediately give a remedy in case of emergency. Preservation of peace and tranquillity in society is the prime purpose of the state government; hence, the government specially empowers executive magistrates under 144 to take immediate action in case of emergency and to provide an immediate remedy in the following three situations mention under clause 1 of section 144 of the Code of Criminal Procedure:

Obstruction, annoyance or injury to any person lawfully employed.

A danger to human life, health or safety, or

Disturbance of the public tranquillity or a riot or an affray.

Section 144 was also imposed on states during COVID-19 crisis.

As per query concerned!

Section 144 of the Criminal Procedure Code (CrPC) prohibits public gathering. It gives the Executive Magistrate of a state or territory the right to send forth an order, preempting any gathering of four, five or more persons.

Once imposed, even a peaceful assembly of people who had taken prior permission can be termed “unlawful.”

Section 144 comes into force to ensure the maintenance of peace in an area. It is to prevent ‘miscreants’ from getting involved in rioting. Instances of nuisance or any apprehended danger, factors fomenting trouble, or fears of damage to human life or property are the various reasons for invoking the law.

The powers to impose Section 144 have been conferred on the Executive Magistrate, whenever there is an ’emergency’.

Section 144 can remain in force for a maximum of two months. No order under it should be extended beyond that period. However, the state government can extend the validity for two months and a maximum of up to half a year if it deems fit.

At any point, the order can be withdrawn if the situation stabilises and normalises.