Divorce of ground of saying no to s*x from husband

The query has been discussed from various strances.

Finally it is your call.

If the relation is irrepairable; settle amicably, get out of the mess,  and focus on future. 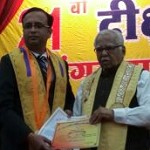 I don't know about your divorce case, however it is extremely strange that the judge is asking you to reunite with a wife who has put false allegation on you which the medical test has disproved. You should fight your case on the merit of mental cruelty and the judge has to pass the divorce in your favor regardless of your wife skipping/delaying case. It should take no more than a year from the date of your test to walk as a free man. If the judge is asking you to reunite, that means your lawyer has not filed the case on the basis of mental cruelty, which it actually is. I urge you to take your lawyer to task, or take your case to the HC citing mental cruelty.

alleging impotency is the oldest tried and tested method by women to prove that the marriage is not working, many use it because the concept of no fault divorce does not exist here. However should the respondent submit result that he is not impotent, then the court has to discard the allegation and continue on passing the divorce, however only if the right conditions have been filed against.

in this case, it is clear that no man says he is impotent to the court because he is bringing a mountain of trouble on himself for the present and future. Common sense dictates that only one person wants the annulment for reasons best known to themselves.

I have not sought any suggestions as I know what to do at what stage in my case and also this thread is for Op's case and not mine.

Dear innocent-husband, thanks for your concern but I have not sought any suggestions as I know what to do at what stage in my case and also this thread is for Op's case and not mine.

First of all as you say "Why it took 8 months to take a decision because we both are in two different cities from day one of our marriage, I am in Pune & he is Indore. He has come for only 4-5 days intotal in this 8months.(Saying I am busy in work can't come)" is unbelievable story. Think 8 months approx 240 days out of 240 days you only live with him 4-5 days impossible. It appears you are hiding facts. As you say" he himself accept this in front you and your family" do you have any evidence of this? Anyway first try MCD. If he really have problem then he might be ready for MCD on your terms and conditions. If this fails and you are quite sure about his impotency then file divorce on this ground. Court will search what is truth by medical tests. But remember only your saying that he accept in front you and your family doesn't matter. Court will decide on medical report. If you file case on him and it prove false then he can also file defamation on you. So be careful