My brother and sister in law got married on November 2020. One  day my sister in law went to her parents home because she wanted to spend time with them. One day when my brother checked her cupboard he found that she has taken all the gold jewellery and money with her. When we questioned her she said that she doesn't want to stay with my brother anymore and doesn't want to file divorce as well. She said she wont sign the divorce papers want to stay like this. My brother thinks she doesn’t wants to come back anymore. Please advise how can my brother get divorce on mutual, cruelty or desertion basis.

Seeking divorce or even sending a Notice would be a very very hasty step at this stage. it is not too late to try to reconcile.

Any hasty action is likely to boomerang.

Since the marriage is not even one year old, your brother cannot think of filing a contested divorce on the grounds of cruelty so soon before completion of one year of their marriage.

In any case he has to wait for one year from the date of marriage to take any decision on this subject.

Let your brother and other members of family reconcile, settle the matter amicably and enjoy married life which is just few months old and not a joke.

Do not consider any legal action, which is bound to spoil matrimonial institution.

There is no ground for divorce in the facts posted by you in any personal marriage / divorce law in India.

The facts mention that the wife has left her husband without any reasonable cause and she is staying at her mother's place. The husband can file for divorce under Section 13(1) of the Hindu Marriage Act, 1955 on the grounds of desertion as she has left him without any justifiable reason and refused to come on the calling of husband. Desertion can be a ground of divorce. If the husband has suffered any mental torture or pain due to the behavior of the wife, he can claim divorce also on the grounds of cruelty.

He can file the petition for divorce at family court stating the reason for divorce and if he does not want a divorce, the husband can apply for restitution of conjugal rights under Section 9 of the Act. If satisfied, the court will order the spouse to return to her husband's company as she has left without any reasonable cause and will be bound by the order of the court. 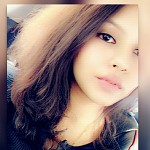 Since your brother and sister-in-law have not completed one year of their marriage, they cannot apply for divorce under this ground.

But he would only be able to file for divorce on ground of mutual consent if his wife is ready to do the same.

If your brother still wishes to live with his wife, he can file for Restitution of Conjugal Rights under Section 9 of Hindu Marriage Act, 1955 which states that when either husband or the wife has withdrawn themselves from the society of other, the aggrieved party can file for their Restitution of Conjugal Rights. If the court is satisfied with the facts of your case, it would order your sister-in-law to return back to her matrimonial house.