Employer under the guise of litigation acting like monstros

Mine this post is highly techanical , where i am trying to put it i a simple way and the questions involved in this post are what options the workman can explore. The factual matrix of case is like

2. Workman moved an application before the Labour court to close his case subjecting to agreement .

3. Employer back out to pay workman all agreed dues i.e breach of agreement.

4.Workman again moved an application in the Labour court to not close his case as employer has backed out from agreement, and fact is that same case is not closed and still continuing i,e Court has not closed the case based on agreemenet

5.Workman asked  the employer to fullfill the conditions of agreement but no avail and workman filed another case before the Labour commissioner and hence reference to Labour Court challenging the said agreement validity( law says whenever there is dispute to an agreement during the pendency of dispute same shall be subject matter of another industrial dispute, hence new reference  and as on today now two cases ,one is old one and second is cgallenging the agreement validity.

6.On factual ground the agreement is a mere agreement not registered under industrial law to give it legal binding effect and this non-registeration is intentional on the part of employer as registeration means paying all the dues to the workman.

7.Now two cases are pending in Labour Court and proceeding are at snail speed and will take atleast next4-5 years and this time factor is crucial for me as i am without job and basic livelihood is a challenge for me.

8.Can i file writ petition in HC under 226 to state my position , where employer has taken agreement on the basis of which i am thrown out from employment without fulfilling the agreement conditions.

9. I am 100 %sure in labour court it is my win because agreement is neither registered nor paid me full dues, but question is how long i will survive in this battle without wages and what option i can have to sustain myself under the law.

10. Can a writ petiton in HC 226  filed when agreement is already challenged in labour court asking the HC to pay me damages or allow me to join my work as employer has backed out from the agreement and for that why i shall be punished for keeping out from job for none of my fault except beleiving the employer words and signed on agreement.

11. I mean to ask when employer has faled to fulfill their reciprocal obligations in fulfilling the agreement terms ,how come they bring an end to my job based on agreement and since now same is subject matter of dispute pending in Labour Court, Can i seek any relief from HC stating my weak positin of basic livelihood and that uncertian how long this litigation will continue.Importantly now employer is using delay tactics understanding my capacity to sustain.

Please elaborate me the same all possible best options i can explore.

In my understanding, the better option would be invoke the supervisry powers of the High Court under Article 227.

thanks for your valuable opinion , request to have better understnding of how shall i proceed? my circumatnces are i have already challenged the agreement in Labour court and proceedings are going on , on which legal base i shall file the petition ,employer will resist that when already i have avaiiled efficacious remedy in the lower court. I mean to ask what shall be my law reason to file the petition to get it admitted in HC .

You can seek an expeditious and time-bound hearing and decision in the matters.

Yes you are absolutely right and iam going for the same once lockdown over.Thanks a lot 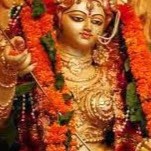 The Final settlement consists of my gratuity and salary due. Since after resigning in April 2019. HR responded to me on Jan 15, 2020, with a final settlement statement, after several follow-ups.

Hence there is a delay of more than a year. Now they just have to credit my account with the amount I have agreed. however, no one is responding. I am looking for a lawyer in Bangalore.

better u shall post your new topic, you are posting ur topic under my topic,

post your topic under new head and probably you will get the reply.

Guess you have already created a separate thread for this issue and you have also got plenty of reply.

Oh. I am Sorry. Will check it.