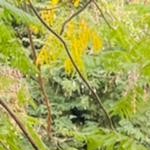 It is better to consult a local senior for proper appreciation of facts/ documents and guidance.

Every arguments have to be backed by evidences. If you have proof, you can definitely place it during submission of evidences and point it during argument!

Yes, any suggestion depends upon the evidence that could be presented and proved.

Intoxication cannot be termed as insanity.

Intoxication is perceived as a state of mind in which a person loses self control and his ability to judge.

In order for a person escape liability under S. 85 of the IPC on grounds of involuntary intoxication he must be able to fulfill the following three conditions:

For example, if a person who has consumed too much liquor, takes a knife from his house and goes with the intention to kill a person but instead kills a person who tried to pacify him, his act would amount to murder once he is sober

In simple words, legal insanity means, at the time of the commission of the act, the person should be suffering from mental illness and also have a loss of reasoning power. This issue is clearly depicted in Section 84 IPC as that person incapable of knowing:

Mere abnormality of mind or partial delusion, irresistible impulse or compulsive behavior of a psychopath affords no protection under Section 84 IPC.

On the basis of the explanation given to your query, you may dcide what you can do about it.