A Govt. Authority didn't responded to the notice U/s 80 of the CPC within prescribed time limit. Thus, they violated the order of the Hon'ble Supreme Court of India in the matter of Salem Advocate Bar Association, Tamilnadu Vs Union of India (2005 ) 6 SCC 344. Can a case for initiating Contempt of Court be filed. If yes, then in which Court ? Is there any notice period? 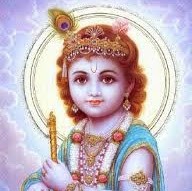 we too have similar case ( contempt of courrt) which is done by Kanpur development authority against stay is granted advising SDM kanpur and KDaA authority to do measurement and identification of land for rakva no 1601 and 1602 till status quo to be.maintaied but kda authority is not following and treating to lodge FIR against victim party...the.matter is running since 2011

Section 80 of the Civil Procedure Code (CPC) says that before institution of a suit against the government or against any public officer, in respect of any act purporting to be done by such public officer in his official capacity, until the expiration of two months next after the notice in writing has been delivered.

Section 80 contains a rule of procedure and makes it mandatory to serve a notice before institution of a suit against the Government or against a public officer.

Since the order of the Supreme Court was violated, you can file for contempt of court under section 2 of the Contempt of Courts Act since this will be a civil contempt.

No court shall initiate any proceedings of contempt, either on its own motion or otherwise, after the expiry of a period of one year from the date on which the contempt is alleged to have been committed.