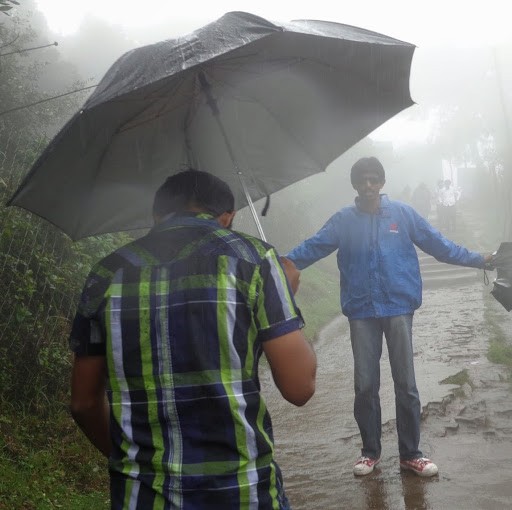 My company not relieving me and I mailed them even I am ready to pay for notice period. There is no prompt response from the company. The rules have mentioned that I should serve notice or I should pay but it is discretion of the company. What can I do for not serving the notice period

Already replied. just comply with your duty and forget. Employer company is just harassing you unreasonable. you can report the matter of harassment.
1 Like

in that case you have no other option but to serve/work till the completion of notice period.

Where is the said reply of ; 2nd postor in the thread.?

You may not show anxiety for prompt response.

Submit notice of resignation with clear LWD and offer to adjust notice pay (as applicable per applicabl enactments applicable to establishment/employer/employee), final resignation , reminders etc under proper acknowledgment and build some written record..

While posting such queries employee should post basic information!

What is this establishment; Govt, private, Commercial, Industrial?

What is its nature of business say; IT, ITeS?

How many persons are employed in it?

What is your designation and nature of duties?

How many persons report to you?

Do you have any power to sanction leave/increment/appoint/terminate/appraise etc etc ?

You are in which state? Since how many months you are working? Are you under probation period or your service is confirmed in writing?

Do standing orders (model/certified) apply to establishment and your designation?

Did you submit written representation under proper acknowledgment and did company reply in writing?

Was ever any stinker, memo, show cause notice on any misconduct issued to you?

Does the establishment have its appraisal system? Do you have copy of signed appraisal forms, matrix, KRA’s, performance date? How was your performance?

Are you a member of employee’s/trade unions?

You may revert to relevant points.

Name of company etc is not required so don’t post names etc .

If your relationship was of say; Contractor i.e. not of employee with establishment/employer then you may have to approach civil courts.

If your relationship was of say; employer-employee with establishment  then you may find a recourse thru; Employee’s/trade unions that can represent you (one should become member and become properly informed and get support also)

By approaching good offices (in writing under porper acknowledgment) of appointing authority, MD,CEO of establishment that employed you…as fater a limit there is NO point in remaining entangled with attorney’s of employer in HR/Personnel/Accounts/legal cells..

If you have duly replied to all contentions then you have performed your obligation. The duty of employee/contractor is to mark attendance and thereafter IT is obligation of employer/establishment to update/process  and submit the same in forms of various prescribed registers/forms by attorney’s of employer/employer to respective authorities under provisions of various enactments e.g; Shosp & Estbs Rules of the state.. Apparently the attorney’s of employer or employer does not want to act properly and reply to you..

Inspector appointed under Shops & Estbs Act of the state (if you are covered by the def. of Employee as in the Act)

Labor Inspector/ALC/ALCC ( state/central as per appropriate govt in your case (if you are covered by the def. of Workman as in ID Act)

Inspector appointed under Payment of Wages Act (if you are covered by the def. of Wages as in the Act. This Act does not discriminate between Workman and Non Workman)

The enactments mentioned above shall prevail upon any private agreement drafted by employer and signed with employee.

If you are not covered by any of these then service rules/conditions of establishment may decide the matter, as opined by Mr. Suri also.

Demand notice from your end or by unions/Notice by authorities/legal notice by your own counsel (one should have a counsel) may work..

You can also resolve with your own skills.

Relieving letter signifies that employee has separated and nothing is due against employee.

You can also try for FREE legal Aid from Legal aid center (DLSA) that is usually within LOCAL courts complex..preferably from a very able counsel specializing in Labor/service matters.

There are many threads at LCI on similar queries that you can search thru SEARCH option in threads, files, Articles

Articles under my profile;

“No charge of Unauthorized Absence on Employee after Expiry of Notice Period!

No Income Tax on Notice Pay of Employee

Even a supervisor and irrespective of the salary is a workman