Dasara Best Wishes to all.

May the heaven's choicest blessings be showered on you and your family on the holy day of dasara.

( wish you all a happy Vijaya Dashami )

Wishing a Very Happy Dasara to All :)

Happy Navaratri And Dushera to Everyone !! 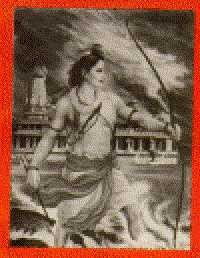 The last 3 days of Navrathri when the Goddess of Knowledge and learning ' Saraswathi" is worshipped is specially important for us and any good work started on the 10th day Vijayadashami results in success and I pray that success is endowed on all our LCI members in their  profession. 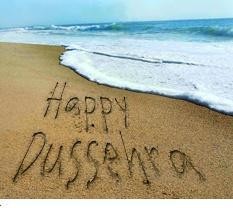 I CAN NOT WISH HAPPY DUSSEHRA BECAUSE-----

I see Ravna had better qualities than Ram,in his state people were rich and happy,he was a good king,he stole Sita because first his sister was insulted by Ram Laxman--see getting s*xually aroused on seeing beautiful opposite s*x is no crime.

He insulted Sita after killing Ravna by saying that he has not fought with Ravna for her but  to save his pride,and now she could go with Vibhishan,Sugreeva or anyone else but not with him.

Sita had to prove herself by Agni Praiksha.

He sent his wife to the jungle even after taking Agni pariksha.

Sita committed suicide but did not go with Ram second time

Ram was not a good son,husband,brother or husband.

In India many ppl worship Ravna instead of Ram.

What is your opinion? Should Ram Temple be built in Ayodhya? The other alternatives are to rebuild Babri Masjid or build a Ravana Temple. Which one will you choose?

I think building a Ravana temple in Sri Lanka is not feasible.  Rajapakshe, Sonia Gandhi and L.K.Advani, all the three. believe that Velupillai Prabhakaran was an avatar of Ravana.

Deepavalli Wishes may to One and All the memebers of LCI.....Oops i hope not belated one