article 141 and order of supreme court of india 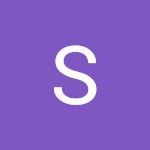 The Precedents established by the Supreme Court are the leading sources of declared law. Precedent is an earlier event or action that is regarded as an example or guide to be considered in subsequent similar circumstances.

Precedent signifies a judgement or decision of a superior court of law cited as an authority for deciding a similar set of facts. A precedent which creates and applies a new rule is called an original precedent and when the precedent does not create a new rule that merely apply on existing rule of law then it is termed as Declaratory precedent. In India the Supreme Court is the highest court in hierarchy and decisions of the Supreme Court are binding on all courts of India.

This article enacts that the law declared by the Supreme Court shall be binding on all courts in the territory of India. The expression "all courts" obviously means courts other than supreme court. The decision of the Supreme Court is binding on the High Court and they cannot ignore it on the ground that relevant provisions were not brought to the notice of Supreme Court, or the supreme court has laid down the legal position without considering all the points and therefore its decision is not binding. The decision binds the pending cases as much as the future ones. The law declared by the Supreme Court Is binding on the state and its officers and they are bound to follow it whether the respondents in a particular case were parties or or not to the petition. Even the directions issued by the court in a decision constitute binding law under article 141.
Hope this Helps