When an application of writ of prohibition can be made against administrative actions?

The object of writ of prohibition is to prevent encroachment of jurisdiction. Its function is to restraint courts, tribunals and quasi judicial authorities exercising judicial or quasi judicial powers from exceeding their authority and exercising powers not vested in them and by confining them within limits of law.

Grounds for issuing writ of prohibition

Writ of prohibition is issued to the court or any tribunal to bar them from doing something what they are about to do. This bar is applied whenever a subordinate court or tribunal hears the matter beyond their jurisdiction or on matters on which they have no jurisdiction.

In the given case an observation is given by the Supreme Court that writ of prohibition is an order directing inferior courts and tribunals to stop from proceeding therein on the ground that the  proceeding are taking place with excess jurisdiction or lack of jurisdiction. 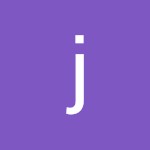 If you want to know when to apply the writ of prohibition against administrative actions then I would suggest you read this post.  attorney for Uber Eats accident culver city  This will give you the complete idea about it. Thank you so much for adding such informative things here.