I have seen people have lot of questions/confusion on Speedy Trial, Perjury and Quashing. Let me try to enlighten it.

“History will have to record that the greatest tragedy of this period of social transition was not the strident clamor of the bad people, but the appalling silence of the good people.” . . . Martin Luther King, Jr.

Corruption in India is not because of bad people are more, because of right people do not take right action at right time.

According to data available with the apex court, the number of pending cases with the Supreme Court is 64,919 as on December 1, 2014.

The data available for the 24 High Courts and lower courts up to the year ending 2013 showed pendency of 44.5 lakhs and whopping 2.6 crores, respectively.

The maximum pendency of civil and criminal cases together was in Allahabad High Court with 10,43,398 cases while the minimum was in Sikkim with 120 cases pending at the end of 2013. The Delhi High Court had a total of 64,652 cases pending before it.

More than 32 million pending cases in high courts and subordinate courts across the country.

From aforesaid data we can easily realize that Indian Judiciary System which is driven by corrupted Advocates and Judges never wishes to arrive at the truth, punish the guilty and protect the innocents. These Advocates and Judges have created a wrongful extortion racket to harass innocents and squeeze their money.

It is our duty to stop.

It is said that – “The best defense is a good offense”.

Perjury and Speedy Trial is the ultimate weapon.

There are no provisions in law through which engagement of advocate is compulsory. Person may file or defend any case personally without engaging advocate. You may plead case of your relative in court after securing power of attorney from your relative subject to permission of council of Section 32 of Advocate Act.

Ans: - Usually 498A cases or any false cases the false and concocted statements are recorded in FIRs and Charge Sheets. In Quashing and Speedy Trial process, your submissions will be recorded in the High Court order which will be act as very good evidence during the trial.

Can perjury and defamation be filed in parallel as a courter case?

When can I file Perjury?

Ans: -  Perjury can be filed at any stage of a criminal or civil proceeding. It is advisable that perjury and WS (Written Statements) should be filed together for any civil (like divorce, RCR, Child custody, DVA-quasi-civil, 125 CrPC-quasi-criminal) and/or criminal proceedings (like 498A (WS not required)).

Where can I file Perjury?

How many times can I file Perjury?

Ans: -  This depends how many times your opponent have filed false petitions. If the number of false petitions are "n" then you can file n-number of time in the same courts respectively.

Why all Advocates reluctant to file Perjury and Defamation?

Ans: -  Because Indian Judiciary System which is driven by corrupted Advocates and Judges never wishes to arrive at the truth, punish the guilty and protect the innocents.

Can I file Perjury and Defamation Party-in-persion?

Can my relatives/friends file my cases party-in-persion?

Ans: - Yes, by securing power of attorney as power of council as per sec 32 of Advocate Act.

If Judges willfully delay my Perjury Petition(s), what to do?

Please read each of my posts carefully in the following links for sample petitions and other necessary clues.

Rocky Smith, I really apperciate your comments. Thanks & Regards.

If you are privately employed in a private firm or self employed (Business) than she can't prove your actual income details since private firm never disclose your pay slip to anybody and in case of self employed there is not such pay slip. If they or magistrate ask you to produce pay slip or income proof then simply tell them that you don’t have it or company does not issue any pay slip. (Barden to prove her allegations and claims lies on her.). This approach is will reduce your maintenance very less.

The best approach is

a) Change your job and don’t disclose it anybody.

b) Show jobless in the court.

c) Change your current address also so that they cannot serve you any more copy (Like maintenance execution).

So please be careful to show the amount per month in WS. Your lawyer will always mislead you and make you afraid and pressurize you to show the actual income yet you should be bold enough to take thiese steps. The court will not kill you for this little false submission.

The same approach is advisable for other cases also like DVA, Sec. 24 HMA & Sec. 36 of SMA (Maintenance pendent lite).

Please read each of my posts carefully in the following links for sample petitions and other necessary clues.

I agree with the following comments : -

"If one wants to see the most notorious criminals, one must look for them only in judges"

I would like to add politicians also in this category since, for hiding their own mistakes they have created biased laws.

However, I disagree the following comments : -

I have notice from the above post again one big confusion on Forgery and Perjury.

Let me again try to enlighten it.

Difference between Perjury and Forgery.

IN THE HIGH COURT OF JUDICATURE AT BOMBAY
NAGPUR BENCH : NAGPUR.
CRIMINAL APPLICATION No.1115/07.

340. Procedure in cases mentioned in Section 195

(1) When upon an application made to it in this behalf or otherwise any Court is of opinion that it is expedient in the interest of justice that an inquiry should be made into any offence referred to in clause (b) of sub-section (1) of Section 195, which appears to have been committed in or in relation to a proceeding in that Court or, as the case may be, in respect of a document produced or given in evidence in a proceeding in that Court, such Court may, after such preliminary inquiry, if any, as it thinks necessary, –

(a) record a finding to that effect ;

(b) make a complaint thereof in writing;

(c) send it to a Magistrate of the first class having jurisdiction;

(e) bind over any person to appear and give evidence before such Magistrate.

(2) The power conferred on a Court by subsection

(1) in respect of an offence may, in any case where that Court has neither made a complaint under sub-section (1) in respect of that offence nor rejected an application for the making of such complaint, be exercised by the Court to which such former Court is subordinate within the meaning of sub-section (4) of Section 195.

(3) A complaint made under this section shall be signed,-

(a) Where the Court making the complaint is a High Court, by such officer of the Court as the Court may appoint;

8. The section thus says that the court should be of opinion that an enquiry should be held. Even for forming an opinion, there should be some evidence and not mere surmises. If there is a prima facie evidence, the court must enter into an enquiry and record a

finding as to whether an offence referred to in Section 195 of Code of Criminal Procedure is committed. It was, therefore, not proper on part of Judges of the lower courts to have rejected the application.

(a) makes, signs, seals or executes a document or part of a document;

(c) affixes any 342 [electronic signature] on any electronic record;

(d) makes any mark denoting the execution of a document or the authenticity of the 342 [electronic signature],

So clearly perjury and forgery is not same. Perjury can be file at any stage of a civil or criminal case.

Please let me know in case you have any more confusion on this.

Ground of Speedy Trial to dispose of 498A and Matrimonial Suits within 6 months. -

a) Personal liberty cannot be deprived as per Article 21 of Indian Constitution for slithering trial.

c) Under 483 CrPC High Court has special superintendent power over all subordinate trial courts to dispose a trial expediently.

Sample petition available in my profile links. These sections should be mentioned in the subject of the matter while making petitions in High Courts.

Some more queries on this: -

Why we should not compromise/MCD with 498A?

a)    MCD by paying money encourages the wrong business of corrupted Judges, Advocates and wrong women.

b)    498A is non-compoundable hence can't be withdrawn once filed.

c)    Even if you try to compromise by paying money then also these corrupted peoplebreaches any agreement/deed of MCD in arecurring way by taking half of the settlement money to get more money. In consequence, you become bankrupt.

Please don't go for any MCD by paying money. Your advocates and judges will always seduce you on this. Please don’t listen to them.

Please see my blog on this below : -

WHY PERJURY IS ESSENTIAL?

As you all may know that “Burden of proof” lies on prosecution in any criminal case since the basic concept of jurisprudence is “presumption of innocent” in criminal trial of accused party.

Please read Section 102 of Indian Evidence Act carefully. If prosecution is unable to adduce evidence to prove guilt of accused parties then accused will be automatically acquitted.

However, my suggestion is, the ultimate target of all accused should be – “to Prove the plaintiff as false” – to get ultimate relief.

If accused can prove the plaintiff as false then –

b) Accused party can prosecute complainant on defamation (IPC 499 read with 500 IPC), win it easily.

c) Accused can sue against the STATE for damages and claim compensation amount.

d) Even the accuse can prosecute the IO (Investigation Officer) for false charge sheet.

That is the reason Perjury (CrPC 340 read with 195 CrPC) petition is essential tool for further investigation/further inquiry along with leading evidences of accused. Please also know that adduce leading evidence is a must for accused party to prove – “plaintiff as false”. 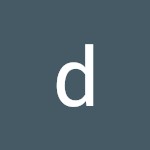 I gone through ur post regarding Purjury. It is encouraging one. I accordingly filed One Purjury application in my D.V. Case where deposition of Complainant was over. My query is in ur post there r several citations are provided regarding "Purjury should be decided first". Out of them except Allahabad HC judgement no judgements were form a clear view that Pujury should decide first in any circumstances.

Can u have come to across any judgement except Allahabad HC judgement? Plz share. Thanks.