second marriage without divorce - after 7 years

I am a hindu residing in the US. I had married in 2001 in India but have been staying away from my 'husband' for the last 8 years. I now wish to marry again (in India). I have the following queries:

1. Do I have to seek divorce from my spouse? As I am told that section 494 has an exception if spouse's have been staying away from each other for over 7 years.

2. If answer to 1. is still yes, do I need my spouse's consent/presence in seeking a divorce?

3. If I go ahead and marry without getting a divorce, will my second marriage be void? If yes, how will the registrar come to know of my first marriage, given it happened 10 years ago and the records were on paper?

4. Assuming I marry without a divorce, any charges of bigamy (and hence prosecution) will only arise if my 1st spouse files for it?

5. If my second marriage occurs in the US and is registered in the US, will I still need to seek a divorce before registration?

Many thanks for your assistance.

You are legally not allowed to re-marry before divorce from your first spouse.

Otherwise your second marriage would be null, illegal and void.

E.g. If you go to BMC and ask a permission to stall a 'slum/hut' on somewhere on sea shore at Bandra!! ............. BMS says 'You are not allowed' ...... But in fact without taking any permssion you always can!! if you are least bothered/rest assured of aftermath and the risks of doing so!!!

A railways passenger asks a TC whether he will be allowed to smoke in the boggie near the door at least!

passenger :-  "Then what about these cigarette stubs on the floor?"

Jokes apart ........... Don't indulge into anything which is void in the eyes of law and does not hold any legal sanctity!!

Section 13 saying about divorce. Any marriage solemnized, whether before or after the commencemet of Family act, may, on a petition presented by either the husband or the wife, be dissolved by a decree of divorce on the ground that the other party has not been heard of as being alive for a period of seven years or more by those persons who would naturally have heard of it, had that party been alive.

Thanks for replies. The person is very much alive, just that we have not crossed paths for well over 7 years now.


Can you please point-wise to my queries? Thanks 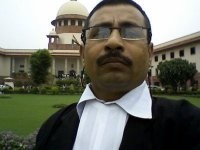 all are my friends have replied. second marriage is not legally allowed by the Act, But You can live together,

IF husband ordered to undergo/undergoing a sentence of 7 years or more, or is found guilty of rape or sodomy, a wife can ask for divorce.

If I get a divorce from my first husband, will I have to disclose this while registering for my second marriage?

you should, the guy should know that part of your life. You will live with the guy without the burden of a secret which may hurt him, if he hears about it from others by any chance.

I understand what you are trying to say. However, I wish to talk about that in person and dont want to put it down on a form. So, my question is, do I have to specify details of earlier marriages on the marriage form? Is it illegal to not disclose an earlier marriage while having the second marriage? Thanks

It is mandatory to put it in the form. Legal requirement.

'Unmarried/never married' status is clearly different from 'widow/divorced/annulled' status (and also all combinations and no of times of it, if any)

Otherwise it is a clear cheating on the other spouse.