REGISTRATION OF COMPANIES BY ADVOCATES

A long outstanding issue pertaining to the discrimination shown to the Advocates by Registrar of Companies has now been put-forward by way of PIL :-

"The Ministry of Corporate Affairs (MCA) has sought time to respond to a public interest litigation (PIL) in Delhi High Court, which alleges that the Registrar of Companies (ROC) discriminates against lawyers by only allowing chartered accounts, company secretaries or cost accountants to certify electronic submissions to the corporate registrar.

The petitioner Legum and Law Awareness Society has challenged the restriction imposed on advocates who are practicing in the field of corporate law, which was heard yesterday.

According to the petition, till 2006 Registrar of Companies (ROC) was accepting the incorporation documents and other information from companies in physical or manual forms.

Since 2006 therefore, advocates were not permitted to certify e-forms and had to retain other professionals to get every form certified before submitting it to the ROC, argued the petition, adding that the Ministry has alienated the advocates from the definition of practicing professionals.

The petioner’s advocate Sandeep Sharma contended in court: “The word corporate lawyer is just an illusion, we can’t even file a small document with the Registrar of Companies. When I had written to them about this anomaly, the ROC responded by saying that the Ministry’s guidelines were responsible for this and I should get in touch with the Ministry of Corporate Affairs.”

In approaching the Delhi High Court, the Petitioner now argues that the use of technology should be for the upliftment and betterment of all the professions and not just for selected ones.

The bench of acting Chief Justice Madan B Lokur and Justice Mukta Gupta had earlier sought responses from the MCA in this regard.

The petition noted that section 33 of The Companies Act 1956 was the main provision governing the incorporation of companies, which clearly empowered an advocate to make a declaration that all the requirements of the Act and the rules thereunder were complied with in respect of the registration of a company and matters precedent and incidental thereto.

This section further provides that the Registrar may accept such a declaration as sufficient evidence of such compliance. It is pertinent to mention that this section does not empower the registrar to call for any certificate from any professional to certify the declaration made by an Advocate.

Luthra and Jaggi partner Navin Raheja commented: “It’s a clear case of discrimination against the Advocates. The Bar Council of India must intervene in the matter to protect the interests of millions of lawyers in the country.”

Further commenting, Society of Indian Law Firms (SILF) president Lalit Bhasin said: “If the lawyers are allowed to certify the documents, it will instill a confidence in the minds of clients. The Chartered Accountants and Company Secretaries are entering in the territory of law practice, it should be discouraged. “

When asked about if he would represent the lawyers’ interest in the matter Bhasin said that SILF had not yet been approached, but if the petitioner needed any help the body would be ready to assist in court.

The PIL prayed to the court to direct the Ministry of Corporate Affairs to include advocates in the list of practicing professionals, enabling them to issue various certificates integrated into e-forms, notified under the Companies Act 1956 and Limited Liability Partnership Act 2008".

well concieved PIL I only hope some good sense prevails

We all lawyers should take this matter to its logical end of allowing the lawyers also to certify the e-forms like the chartered accountants and company secretary. We should all be together in this and fight till the end for our justice.

I would request to Ministry of Commerce that we Advocates should be given the right to file with ROC along with Digital Signature otherwise It will curtail our law to practice and also our fundamental rights. We lawyers are also dealing with all types of law relating to the company.

We should also lobby with respective bar councils to join the issue.

i agree with  Advocate Siva Subramanian .

mca must include advocate in professional list for submitting e forms . at presently lawyers are allowed to practice before all forums. 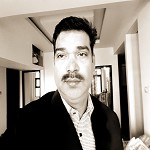 I support and request to ministry corporate affairs, make provision to e forms can be attested by advocate through digital signature. 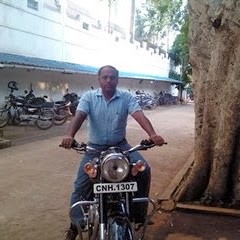