Waiver of mutual consent for divorce open to misuse

Waiver of mutual consent for divorce open to misuse: Activists

NEW DELHI: The argument that condition of mutual consent for divorce under the Hindu Marriages Act of 1955 be waived off if the marriageis `dead' emotionally and practically, has received mixed response from feminists and women's rights activists. The plea for unilateral divorce was put forward by Union power minister Sushil Kumar Shinde's daughter Smriti in her petition to the Supreme Court recently.

While some activists feel that easing divorce laws would bring relief from protracted legal procedures, there are others who feel that the move could be used by men looking for a quick bailout.

Activist Madhu Kishwar said Indian laws were adversarial and the answer lay in strengthening the institution of family courts to ensure quick decisions that were taken within six months. "If irretrievable breakdown of marriage is allowed unilaterally, then women must also accept that the provision will be used against them,'' she said.

AIDWA's Sudha Sundaraman said the provision of mutual consent should not be altered as it will be used against women. "In our general experience, women are usually in a relatively disadvantageous position. They have insufficient financial back-up and unilateral divorce should not be allowed,'' she said.

Agreeing to this, former Law Commission member and women's rights activist Kirti Singh said in a larger perspective, women who want divorce should be able to get it. "It is a shame that even 60 years after Independence we have no law for sharing of marital property between a husband and wife. We need to strengthen our assets and maintenance laws so that women do not fear being stranded on the streets,'' Singh said.

She added that while in the individual case, provision of mutual consent could be waived off, a general change in law could not be to the benefit of women. 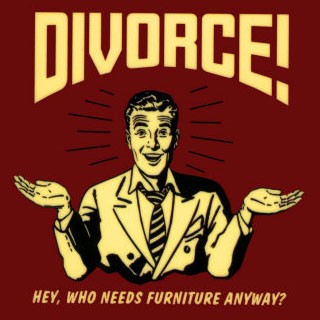 6 Months waiver in divorce by mutual consent Section 13 B

1) 6 months period can be waived by the Court, see below Judgments.

2) Any party can withdraw Consent for Mutual Divorce anytime giving reasons of non-settlement...

3) If its a mutual consent divorce then she cannot claim further unless there is a kid involved...

4) There are no certain forms, hire a lawyer services and he will prepare joint petition which will be signed by both the petitioners and he will file the suit...

In a large number of cases waiver period results in compromises especially in rural areas. If any compromise doesn't take place there are no regrets. Misuse of Waiver period isn't considered in granting divorce. After divorce takes place miisuse disappears too. Instant divorces don't take place anywhere in the world.

There's no court of Law in India[We don't have Courts of Justice] which will dispose of an appeal in less than 6 months. Heaven's won't fall if husband and wife cannot wait for six months.

Laws and procedures for mutual divorce should be made more easy and effectively but as in cases where only one wants to give divorce then clause of consulting a marriage counsellor or someone who could listen to their problems and try to find a way out, if their is no way out or the couple are not coming to any mutual decision then the divorce should be given on the recommendation of the counsellor.

Today in India laws are favouring womens only and they are taking it as ride and dont try to adjust and just blame their in-laws and take divorce with heavy money or take maintenance and then again marry and again maintenance and alimoney.All this is very serious and these laws are responsible for increase in divorce/maintenance cases.

The law must be amended so that manitenace can;t be clai8med by wives as a matter of right in each and every case.There must be some minimum period like 10 years for which they have married then only they can go for this.

It will reduce such cases and save marriges.Today wives are susing these laws to black mail their husbands and in laws.

Hon'ble Supreme Court and Government of India must think and amend the laws so the marriages can be saved wghich are breaking because of law in favour of wives.

Many womens have made it a profession they marry only to get maintenance and alimoney and again remarry and do the same thing this must be stopped immediately by amending laws.

The main reason today for increase in number of cases is these laws which are favouring women.They are blackmailing their husbands and in-laws on small small issues.

I request everybody to send communication to Supreme Court,Prime Minister and Law Minister to Change these lasw immediately to save the marriages.

@Bhaskar   i fully agree on this fact that some females have made maintenance and alimoneys as profession but it does not give the reason for amending the law. Think about those women who are really grieved of their in laws or husband and are not able to settle down with them due to any reasons. Their cannot be a term for marriage , not 10 yrs atleast . If the wife or husband want to have divorce in any case in a month after marriage then they have to wait like 10 yrs to do so. Doing this increase of Domestic violence and criminal cases will increase including murder possibly. Ive heard that their has been some kind of proposals in parliament for amending law regarding the divorce but its this that their would be proper inquiry done before giving the allowance to get divorced. In the old times judges used to be bias towards women and the divorce was done more quicker if wife pleads it first but now the tables have turned and judges also inquiring more deeply in divorce cases than giving biased judgments. The amount of maintenance also getting decided if the wife is earning or not and will be given only till she get remarried

Still laws and courts are favouring women and mens are victims in the most of the cases due to adverese law.

Maintenenace and alimoney shoudl only be given if the girl is uneducated and has no other source like parents etc.If she has income and her parents are also able to maintain her then she should not get anything because today marriages are breaking due to this reason also and parents if girl are favouring this as they know they will get easy money.

Moreover many womens have made it a profession we have read news that many girls are coming to courts for divorce for 2nd and even 3rd times.If alimoney and maintenance is banned in the 2nd and 3rd marriage then at least they will try to adjust in the 2nd or 3rd house otherewise everytime they will take easy money and search for another guy to gey more money.

MAINTENANCE AND ALIMONEY MUST BE BANNED ONCE A LADY GET IT IN FIRST DIVORCE AND HER CONSENT SHOULD ALSO NOT BE REQUIRED FOR DIVORCE.IT WILL SAVE THE FAMILIES AND REDUCE THE DIVORCE RATE.

Yes , this suggestion of yours is agreeable of giving maintenance in for the first marriages only.

why they are treated as holy cows by their parents and later husbands. even though law exists they are not given a share in parents properties. are they dole seeeking ladies at mercy of husbands. they shud get both parental and hubbys share.

The basic purpose of law should be to save the families and bann separation/divorce on small small issues.To ensure the same law must be balanced one and should not favour anyone neiother male nor female.

By giving maintenance easily to wifes the law has opened new dorrs for increae in number of cases for separation and divorce.

The maintenance should be given only in deserving cases where wife has no mistake and sahe is being harrased by her in-laws etc. but it should not be given as a matter of right or routine.

Moreover maintenance and alimoney should be banned in 2nd marriages if women has already got this in the first divorce , it will ensure that marriages are being done by wifes also only for settlement and not for earning easy money.

Many women and women associations keep bragging eveyday that "we are on par with men'... "we can do everything that a man can do"...."we will compete and win in all places and prove that we are better than men".....

when they can barge this much, why cant they maintain themselves instead of begging from husband (a more decent word for that is maintenance) ??..if women have the guts to compete with the men and prove that they are better, why cant they stand up in the court and say " i dont need any maintenance from anyone..i know how to maintain myself".....if any women takes money on account of maintenance, she is allowing everyone to be determine a "price" for her...

Your comments are really, truth.Now a days women are misuing the Law.Even some are going for mutual consent and after 3-4 months they are withdrawing and blackmailing for huge ransom.What can we do from here.For small samll things they are making issues.Some time bad gamily background of wife makimg more difficult for mutual consent.If wife is threating they she will file police case against husband and saying to withdraw mutual consent.Otherwise she file allegation.What should do from here.

Request to give some more suggetion on this topic.

Y evy1 here talks abt only one side.I  hv seen many men filing divorce case against their wives and hanging around wid other gals.how do u want to take this situation.Women can manage even without maintenance,but only because of that many families are still alive or else evy guy will file divorce case and do watever he wants to.I no even guys who are ready to pay to get rid of their wives.there should be some strict law not to allow ppl to live-in or hang around when case is going on.do not take exceptional cases .I have seen many women suffering out of divorce.Women are equal in all aspects to men,but not 100%.we are very attached to someone whereas men wont and at any cost women wants to save marriages.

You have mistaken, these days women is less bothered aboutr saving marriage because of easy money available to them from husbands.

They are intersted in easy money only.

"You have mistaken, these days women is less bothered aboutr saving marriage because of easy money available to them from husbands.

They are intersted in easy money only."