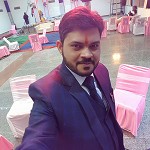 Probate of any WILL

I have a will and i wanted to probate it with the district court. Kindly send me the draft on that particular point.

Thank you for your kind support.

NB- I do not need the succession certificate. I need the draft of Probate.

probate petition  format can be taken from any high court rule book  . or in drafting an dpleading books.

it is all depend upon person taking probate of WILL and contents of WILL. THEN finally we can help u.

You being a "ADVOCATE" yourself can "DRAFT" the "PETITION FOR PROBATE" as per the ccumstances of your case.

It is very clearly mentioned in the Section. 276 of The Indian Succession Act-1925, about the "Petition for Probate", (a) How to Draft and (b) Content of the petition, please go through the Act and most particularly Sec.276.

For your reference I am herewith attaching One File; which contain Section 276 of the Act, and Two Judgement of different High Courts about the "defect of the Petition" .

So, you also be careful while drafting the same, as in one of the case it happend as follows:

The Calcutta High Court on Tuesday said it would decide the maintainability of Rajendra Lodha’s probate petition for Priyamvada Birla’s purported will at a later stage after it was found to be defective and directed him to file the original of the registered will in ten days.

Passing the order, Justice Kalyanjyoti Sengupta observed that as Justice SK Mukherjee, who had earlier declined to hear the matter on personal ground, had scrutinised the probate petition and prima facie found it to be in order, he would not pass an order at this juncture on the alleged defects in the petition.

The court’s order came after its testamentary department pointed out a number of anomalies in Mr Lodha’s application including the failure of the applicant to get the petition verified by one of the three witnesses to the disputed will.

As per law, one of the witnesses to a will should verify the probate petition after it is submitted for legal authentication. However, this had not been done in case of Lodha’s petition, the departmental report said. Justice Sengupta, however, directed Lodha’s solicitor Anindya Mitra to file the original of the registered will within ten days of receipt of the order with a supplementary affidavit as it has also been found that it had not been submitted with the application as per requirement.

Mr Lodha had only submitted affidavits by two witnesses with his application which was disputed by the Birla side on Tuesday. Solicitor PK Ray, appearing for MP Birla’s sisters Radha Bai Mohta and Laxmi Bai Newar, submitted that affidavits had been signed by the witnesses much before the applications had been filed on July 17.

Mr Ray submitted that while Mr Lodha had filed his probate petition on July 17, one of the attesting witnesses to the will of 1999, PL Agarwal signed his affidavit on July seven, and another, Dr Madan Vaidya, on July eight.

He submitted that the witnesses could not have known the contents of the probate application as they had signed affidavits much before and claimed that as such the application itself was defective.

Interestingly, the controversy over Priyamvada Birla’s purported will had erupted only on July 12 when Mr Lodha read out its contents to senior Birla family members and they decided to challenge it. Both Dr Vaidya and Agarwal are close to the Birla family as Dr Vaidya has been a family physician of almost the entire Birla clan... and Agarwal is one of the solicitors with Khaitan & Co, the designated solicitor firm in Birla’s legal battle against Lodha. The third witness in the will is Mahabir Prasad Sharma who reportedly also belongs to the Birla camp.

Birlas had filed six caveats against Lodha’s probate application, four of them had been challenged by Lodha on grounds of their locus standi to raise objection in the matter while the court has already allowed MP Birla’s two sisters to challenge Lodha’s petition. The court’s order to Lodha to submit the original of the registered purported will of Priyamvada Birla came only a fortnight after Lodha’s counsel strongly objected to Birla’s application to allow them to submit notarised photo-copy of the purported mutual will of MP Birla and Priyamvada, for which they filed probate application.

Is there different form of Probate Petition for Unregistered Will?

Must compliment all for Quality discussion !

A) In case of an Unregistered WILL can Mutation and transfer of property take place?

B) In case of an Unregistered WILL , If the other legal heir give a NOC ( No Objection Certificate and the property is tranferred, will it be treated valid or can be challenged at a later date?

C) In case of an Unregistered WILL, If the other legal heir give a NOC ( No Objection Certificate which is attested by the Indian Embassy abroad and then property is tranferred by land holding authority (L&DO), will it be treated valid or can be challenged at a later date?

can a unregistered will be allowed for probate..

its only notarised and not registered.

the person who had made the will had expired.