My query is in reference to the recent SC ruling in Oct 2015 about the daghter's right in ancestral property being prospective as reported by the hindu : https://www.thehindu.com/todays-paper/tp-national/law-on-equal-right-for-daughters-in-ancestral-properties-is-prospective/article7798323.ece

In the ruling it is said that both the coparcener as well as daughter had to be living at the time of the new law coming into force i.e. 9 Sept 2005 in order for the daughter to have a claim to ancestral property.

In my case, my grandfather had died in the 1980s but there had been no distribution of our ancestral house in the city between his sons and daughters. It was only after the 2005 Amendment Act came into force that the partition case was started and my father's sisters also staked their claim.

In light of the above new judgement, would their claim still stand since the sole coparcener i.e. my grandfather was long dead and it was only his daughters who were alive at the time the 2005 act came into force. Also, if the partition case had started before the act of 2005 had come into force, would that have made any difference?

This is with limited understanding on the mater.

The succession has opened on the date of death of deceased owner.

The property has not been partitioned, as on date.

You may wait for advise of other experts/members. 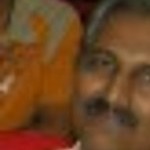 The sisters have no right over your grandfather's property.

Only the son or daughter has equal rights.   Your grandfather should be alive in 2005 for daughter to ask her right over property.

The SC could have simply told that the Law on Equal rights for daughters in ancestral property should be retrospective but it told it as prospective and shattered the equal rights that women wanted in society.

The Amendment on Property law 2005 is silent on effect of amendment prospectively or retrospectively so SC could have talked favourably towards women giving them equal rights over property.

Women rights organisation now have to fight it out again to get their equal rights in property and make the Property Amendment Act 2005 meaningful.

SC in one stroke has shaken the very intention of legislature of Property Amendment Act 2005.

What about the landmark judgement of the supreme court in the ganduri koteeswaramma case in 2011? This judgement contradicts that.

Thanks to Mr. Kumar Doab and Mr. D Bhaskaran for your kind replies.

You may show all docs on record to an able counsel specializing in such/family/property/civil matters and proceed further under expert guidance of an able counsel.