I had filed the mutual divorce petition with my wife at family court before 6 month,now that cooloing period ended soon & my hiring date near but my wife doesn't want any thing from my side mentioned in petion which hadbeen filied because she is working and i am unemloyed from last 9 month, also doesn't have very good family condition from my parent side,so please suggest that if she chnaged her mind for mataince form the influces of her family member & other then what will be the solution for that.

Then there would be no divorce on Mutual Consent and you would keep making rounds of courts for long.

On November 7, a single judge bench of the Allahabad High Court in Lucknow passed an interim maintenance order directing Kalpana Gupta to pay him Rs 2000 a month.

The order comes into effect from September 1, 2005. Justice DP Singh has also directed the family court, Lucknow, to ensure regular payment of the maintenance, according to the order.

Guptas had been married in 1989. The marriage, according to the neighbours, was "doomed right from the word go as the wife was more enterprising and aggressive and Santosh had been a happy go lucky, laid back sort of person."

Kalpana was employed with the Bhagirathi Grameen Bank in Sitapur, Santosh worked with the UPTRON till 1994 when the company was declared a sick unit.

Marital differences between the couple, who incidentally have no issues, began soon after the marriage. In 1997 Kalpana approached the family court for a divorce on ground of cruelty and demand of dowry by her husband and his family.

Santosh responded by filing an application under section 24 of the Hindu Marriage Act, and asked for maintenance during the pendency of litigation to support the necessary expenses of the proceedings.

He was jobless and had no funds to contest the petition, he claimed. The family court in September 2005 rejected the claim and held that "he was an able-bodied and healthy man and capable of earning his own livelihood and therefore did not deserve any monetary support from his spouse".

Santosh challenged the order in the high court and proved luckier this time. In his order Justice Singh remarked that "since the petitioner was residing in own house and he has to incur the expenses of his widowed mother, his responsibilities seem to be higher than that of the respondent no 1 (the wife)".

The judge also said that "section 24 of the Hindu Marriage Act was equally applicable to both wife and husband" and directed that Kalpana whose salary is little above Rs 13000 a month to pay him Rs 2000 till the pendency of the suit to enable him to contest the case, informed Santosh's lawyer MM Shrivastava.

If u r unemployed and ur wife is employed then she is liable for ur maintance.  Why u worry about that .  There are court rulings on this issue. Hindu marriage act is equally applicable for both.

if you are unemployed then u need to show that u have not willfully abstained yourself from employment.

the unemployment alone is no ground for maintenance. 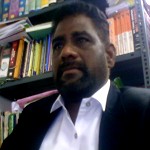 * IN THE HIGH COURT OF DELHI AT NEW DELHI

Through: Mr. O.P.Saxena, APP for the State

1. Whether reporters of local papers may be allowed to see the judgment? Yes.

2. To be referred to the reporter or not? Yes.

3. Whether judgment should be reported in Digest? Yes.

The present petition under Section 482 Cr.P.C.

assails an order of interim maintenance under The Protection

of Women from Domestic Violence Act, 2005 (in short

Domestic Violence Act) passed by the learned MM on 16th

January, 2008 and confirmed by the learned Additional

2. The petitioner was a Non-Resident Indian, working

in Luanda, Angola in Africa as a Manager. He came to India

taking leave from his job for marriage. Marriage between the

petitioner and respondent no.2/wife was settled through

(English) and MBA. As per her bio-data sent before marriage,

she was doing job with a Multinational Company. The marriage

between the parties was solemnized on 14th May, 2007 at a

Farmhouse in Vasant Kunj and was got registered on 25th May,

2007. The parties lived together for a limited period of 10 days

6th June, 2007. While the allegations of husband are that

marriage failed within 3 weeks since the wife was suffering

from a chronic disease about which no information was given

to him before marriage and a fraud was played. The

allegations made by wife were as usual of dowry demand and

harassment. Since the marriage did not succeed, the

husband/petitioner filed a petition under Section 12 of Hindu

Marriage Act for declaring the marriage as null and void and

the wife first filed an FIR against the husband under Section

3. It is not relevant for the purpose of this petition to

by each other. Suffice it to say that the learned MM passed an

maintenance without considering the contentions raised by the

job in Angola (Africa) where he was working before marriage

because his passport was seized by police and he could not

join his duties back. After marriage he remained in India, he

was not employed. In the appeal, learned Additional Session

Judge noted the contentions raised by the husband that he had

become jobless because of the circumstances as stated by him

and he had no source of income, he was not even able to

maintain himself and had incurred loan, but observed that

since the petitioner had earlier worked abroad as Sales

Manager and in view of the provisions of Domestic Violence

Act, he had the responsibility to maintain the wife and

monetary relief was necessarily to be provided to the

aggrieved person i.e. wife. He observed that the wife was not

able to maintain herself therefore husband, who earned

handsomely in past while working abroad, was liable to pay `

4. A perusal of Domestic Violence Act shows that

Domestic Violence Act does not create any additional right in

favour of wife regarding maintenance. It only enables the

Magistrate to pass a maintenance order as per the rights

available under existing laws. While, the Act specifies the

Government, the Act is silent about the duties of husband or

the duties of wife. Thus, maintenance can be fixed by the

Court under Domestic Violence Act only as per prevalent law

regarding providing of maintenance by husband to the wife.

supposed to maintain his un-earning spouse out of the income

which he earns. No law provides that a husband has to

maintain a wife, living separately from him, irrespective of the

fact whether he earns or not. Court cannot tell the husband

that he should beg, borrow or steal but give maintenance to

the wife, more so when the husband and wife are almost

equally qualified and almost equally capable of earning and

both of them claimed to be gainfully employed before

marriage. If the husband was BSc. and Masters in Marketing

Management from Pondicherry University, the wife was MA

(English) & MBA. If the husband was working as a Manager

abroad, the wife with MBA degree was also working in an MNC

in India. Under these circumstances, fixing of maintenance by

husband being employed in India and with clear proof of the

fact that the passport of the husband was seized, he was not

permitted to leave country, (the bail was given with a condition

that he shall keep visiting Investigating Officer as and when

called) is contrary to law and not warranted under provisions of

5. We are living in an era of equality of s*xes. The

Constitution provides equal treatment to be given irrespective

of s*x, caste and creed. An unemployed husband, who is

holding an MBA degree, cannot be treated differently to an

unemployed wife, who is also holding an MBA degree. Since

both are on equal footing one cannot be asked to maintain

other unless one is employed and other is not employed. As

far as dependency on parents is concerned, I consider that

once a person is grown up, educated he cannot be asked to

beg and borrow from the parents and maintain wife. The

parents had done their duty of educating them and now they

cannot be burdened to maintain husband and wife as both are

grown up and must take care of themselves.

6. It must be remembered that there is no legal

presumption that behind every failed marriage there is either

dowry demand or domestic violence. Marriages do fail for

various other reasons. The difficulty is that real causes of

failure of marriage are rarely admitted in Courts. Truth and

honesty is becoming a rare commodity, in marriages and in

averments made before the Courts.

7. I therefore find that the order dated 16th January,

2008 passed by the learned MM and order dated 29th February,

maintenance without there being any prima facie proof of the

husband being employed are not tenable under Domestic

Violence Act. The petition is allowed. The orders passed by

are hereby set aside.

Thanks all for your advise.

I have attended the date after 6 month period but up to yet judge doesn't take our words they are provided the another date , lawyers appointed by my wife they are not gave proper response towards my side and taking my signature on different paper in hurry wothout able to read me.also my wife misguided about the court holiday.when i confirm from my side they brought me court but they are not able to bring me for words as behind of jude now iam also mentally & finacialy weak,that why i ready for my wife mutual consent and also ready with the work from lawyer appointed from her consent but they are not provide filied petion  photo copies and other document.

My worry about the they doesn't misuse my sign on paper and making a fool for the name of mutual consent and try to blackmailing on that, as we did love marriage without our family & other consent,evn her parents not accept the marriage and my mother is only supported in that hard period but doesn't have too much conditon for money side and resideing with her flat after my father expired since 10 year.but i have some intution that she is has some different to do and try to make a claim on my mother holds.

Request u to please provide the proper guidence towards the right  direction with correct apporach.