can anyone fwd or post the model sale deed to be made after the purcahse of property under auction under Sarfesai Act from the Bankers. the bankers had issued the sale certificate and for the purpose of registration with registrar the immovable property model sale deed is required

Please find herein a draft of sale certificate to be registereds

(In respect of immovable property)

(Hereinafter called the SECURED CREDITOR /VENDORS of the one part);

Hereinafter called the PURCHASER of the other part);

AND WHEREAS, in the Public Auction held on __-__-200__ the PURCHASER herein was held as successful bidder and the PURCHASER has offered to purchase the Schedule Properties and paid a total sum of Rs._________/= (Rupees ____________________ only) to the VENDOR Bank as per the terms of auction and the Authorized Officer of the said Bank had hereby agreed to execute Sale Certificate infavour of the PURCHASER.

NOW THEREFORE, THIS CERTIFICATE IS EXECUTED AND WITNESSETH

That in consideration of the said sum of Rs._________/= (Rupees ____________________ only) is already paid by the said Purchaser by different Instruments of Bank on different dates, the receipt of which sum hereby admits and acknowledges

as the full and final quittance of  this  Sale Certificate and hereby sell, transfer, convey  and  make  over unto the  said Purchasers the right, title and  interest in  the

Schedule   Properties   absolutely and for ever, to have and

to hold, own and enjoy the same by the Purchaser.

DESCRIPTION OF THE PROPERTY

DESCRIPTION OF THE APARTMENT

I have the same issue but is continuation of the same. can anyone please help me out on the following queries that have raised for one of my client. i am not aware as to

1. what will be the value of the stamp paper on which the sale certificate is to be typed ?

2. whether registration is mandatory or not ?

3. if registration is not mandatory still do we have to prepare it on a stamp paper ?

4. in salem, tamilnadu, when we present the sale certificate for registration the registrar says it as a conveyance and insists for 8% stamp + 1% fees. is it right ? if not what is the defence that i should take ?

The stamp duty to be paid as per the stamp duty act as if you are buying the property from the private patrty.

If you have purchased the property in Bank aution auction , the possession of which is under the Sarfaesi act 2002 by the bank, in that case bank will issue sale certficate in your favour and becomes seller/vendor and you will be the purchase.

The said sale certificate should be on legal paper and stamp duty is to be paid (franking) on the value of the property as per the records of the sub registrar. /or on the value /amt. paid to the bank, which ever is higher

the % of the stamp duty differs from state to state , pl. confirm with the respective jurisdiction of the subregistrar for the value and % of stamp duty. And it is compulsory to get the document registered ,

it should if registered within the specific period of time after the execution of the sale certificate.

Regarding the argument of the registrar for 10 % stamp duty you meet personly the chief sub registrar ,under whom the sub registrar of your jurisdiction works.

I hope this information will give you basic idea about your question. Pl. note that I am not a lawer but in to real estate industry since 1977.

PLEASE TRY  TO UNDERSTAND HIS QUERY. He has asked for the procedure of registering the sale deed subsequent to the issuance of sale certificate. It has to be prepared by bank where the particulars of loan amount  and discharge of the same has to be recorded. If anyone could send specimen of such sale deed it would be verymuch useful for him.

In 2002, The grandfather have different property but in the two property he make partition among 5 sons;

In one property 3 sons and 3 daughters of the first sons and in the 2nd property remaining two sons get partiotion; so, the first son get his share after the death of the his father among his partition.

In same year, first son make sale deed in the name of him and son(who is not actually prsent) and  without the permission of the daughters who's name in the partition deed sale his share.

so, after some year daughter file suit against the father for claiming  their shares.

Questition is whether they get the shares?

Only Sale Certificate will suffice for registration or a Sale deed needs to be made?

"it should if registered within the specific period of time after the execution of the sale certificate." 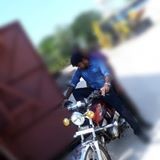