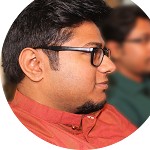 Legal & banking restrictions to run a escrow company in indi

Is there any legal & banking restrictions in India to run a escrow business ?

Where a company facilitates a buy / sale transaction.

Buyer pays to the company acting as escrow, seller delivers the product/services as promised.

buyers verifies, and instruct to release the escrow.

Is there any legal or banking restrictions in India to run a escrow business ?

Information solicited: Please provide me a copy of orders/directives/circular/notification on Legal and Bank restrictions in India to run an escrow business.  (if uploaded already in the site, check once again and provide such link)

An escrow account is a third party account where funds are kept before they are transferred to the ultimate party. It provides security against scams and frauds especially with high asset value and dispute-prone sectors like Real Estate.

“Using escrow, a buyer can place their funds in a bank-based escrow account which is supervised by a third party. The third-party disburses the funds from the escrow account to the seller only after all conditions in the financial agreement between the two parties have been met.

An Escrow account in INR can be opened jointly and severally with an Authorised Dealer in India as an Escrow Agent in the following cases subject to the terms and  various conditions  imposed therein by concerned authorities under the guidelines of RBI..

An Escrow Agent, as stated above, is an individual/entity that holds valuable assets, as a fiduciary responsibility, for third parties while a transaction is being finalized or a disagreement is resolved. Assuming the role of an escrow agent by attorneys is a common practice worldwide, however, to understand the stance in India, the principles laid down in two judgments have to be taken into account.

In Jeweltouch (India) Pvt. Ltd. v. Naheed Hafeez Quraishi & Ors., it was observed that an escrow agent could be appointed by the concerned parties as such person who shall determine whether a promise or precondition has been satisfied or not so as to warrant the release of documents from escrow. “Parties to a deed, by the lodgment of the document in escrow evince an intent that the document shall be released subject to the fulfilment of the condition under which it is held in escrow. Documents which are held in escrow are sometimes delivered into the custody of a stranger while on other occasions, they are held as an escrow by an attorney acting for all parties thereto. Halsbury, in fact, postulates that a document may be handed over as escrow even to a Solicitor for a party to benefit under the deed provided it is handed over to him as the agent of all parties for the purpose of such delivery.”

In Siddhivinayak Realties (P) Ltd. v. Tulip Hospitality Services Ltd, “an ‘escrow arrangement’ is normally arrived at in order to safeguard the interest of the parties for the purpose of a contract… The ‘escrow agents’, normally, are persons who are trusted by the parties of a contract under an escrow arrangement to act fairly and without bias notwithstanding their relationship with the respective parties”.

A rough analysis of the abovementioned excerpts indicates that any third-party/ stranger could be authorized as an escrow agent if the parties agree to do so. However, attorneys representing the parties are generally vested with the responsibility of keeping such documents and assets in escrow, and performing such services as directed by the parties per the terms of the tripartite agreement. Advocates may also be jointly appointed as escrow agents by the parties, as is evident from the facts of these cases.