Is Domestic Violence Act a penal statute? Can any one be punished under the act?

yes, the culprits should be punished under this law

Yes, from jurisprudential point of View, as it provides imprisonmnt,

Yes, from jurisprudential point of View, as it provides imprisonment,

(2)The offence under sub section (1) shall as far as practicable be tried by the Magistrate who has passed the order, the breach of which has beenalleged to have been caused by the accused.

(3)While framing charges under sub-section (1),the Magistrate may also frame charges under section 498-A of the Indian Penal Code(45 of1850) or any other provision of the code or the Dowry Prohibition Act (28 of  1961) as the case may be, if the facts disclose the commision of an offence under those provisions.

This is a weapon in the hands of the woman tribe to penalised the man.

ut go before court and say no violation of protection order is done by you.

i agree with mr.pankaj raj 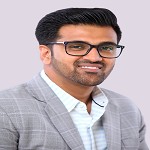 Yes it is. It is a weapon given to women to hit a man, which gives a maximum surity of initial damage to the man, no matter what result of case comes out later.

clearly it is penal statute.

Why Kalpana, why such a doubt. Pankaj has given the details.

AN  WEAPON OF WEAK TO RULE OVER STRONG.

This is a great misconception whic people carry.It is a civil statute and not a penal statute. It provides for protection of civil and property rights of women like grants Protection Orders, Residence Orders, Maintenance Orders. In the whole statute there is only one penal provision and that is sec 31 but the jurisdiction under this Act is given to criminal court.