Dear All learned members of this forum,  Thanks very much in advance for giving your kind  attention and valuable time to my query

a lady, aged about 55 years, a patient of severe ailment of kidney had to leave her matrimonial home ( a flat which was built by taking loan from her gpf account, housing loan, and some part by her husband in the year 2004) in 2009 due to continious mental trauma of marital quarrels. at that time the propery was in joint name. Later on in the year 2014,   she had settled with her husband that no further case will be filed, he would take care of the only child of the couple (she agreed not to file any case and also let the propery be in single name, so that her husband  could focus more on child care, his developement etc., though it was extremely difficult for any mother to do, but she agreed as she envisaged that at least she could live a peaceful life without the trauma she was facing earlier and sacrificed her part). The rent of the propery was also received by husband, from date of purchase of house and after when the wife left the house. now after almost 10 years of separation, there are constants threats / notices from husband to file cases from one pretext to another (main being. a case will be filed on behalf of son asking monthly maintenance for his studies and upbringing etc.)

can she now claim her right in that propery, if yes, whats the procedure... is it also possible that she could move a petition for interim / permanant injunction of property (without paying any stamp duty) so that husband could not sell it off. 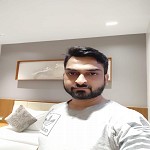 
Likes: 13
Points: 462
please come with record such as agreement or court documents...then you can get right advise
Reply

Dear Respected members of this forum,

May also pl enlighten that, if a suite of declaration is filed (with interim / permanenet injunction till case is filed) for established how much percentage of share they both have , will it need to deposit any stamp duty?