Women in Ahmedabad most stressed

Very informative news ,hope other metro women and husband should learn from this .

Nice news Roshni.Women r  always sufferer as they  can't escape from their duty towards kids and faithful husbands.

very true is the fact that almost everyone who happens to come to life have to taste all fruits ( the situations) of all seasons (phases of life ) now and then..so lets not worry who does or who doesnt coz everyone and everyone have thr share of good and bad times..so just keep smiling and struggling..

verrrry true...... but why 498A husbands dont understand??why don't write a poem for victim wives??

Such facts are published on news papers because it sells.

"POOR HARRASSED MAN" - does not sell.

Blame it on media which builds, constructs and fabricate reports and news based on TRP. They don't want to show how many of husbands are also supporting their family just like above instances of women only because this article wont sell. You know why? It's not NEWS. Man struggling for his family is not news but his duty. But when a women struggle, we call it extra-ordinary. What a country! Still we say its a man's world! :p

If husband annual income very high at that time why wife think about do herself another business? why she is not do work as a house-wife? In past mostly woman do her house work first then do some activity like ;- business, job, party etc....  and now woman first do some activity then do house work or not do house-work..

you are right in a way.

but in india,esp. in cities,mostly the men and their families demand a working bahu for their family.they want her to earn enough to help them lead a luxurious life.then also run the household flawlessly without complaining of tiredness.

if u dont believe me,u must check the "brides wanted" section of matrimonial ads.u will see yourself that almost all men(95%) seek working professionals.some even mention specifically that they dsesire engineers,doctors,CAs,MBAs,etc as bahus,to raise their status in society.u will hardly see any ad where the man demands a "housewife".

the expectations of today's "larke wale" from the prospective DIL have increased by leaps and bounds.they are trying to follow western culture.but they dont realise that in the west,the husband contributes equally in the household work,even if the wife is non-working.the men there dont look down upon housework as any menial and feminine job,unlike in india..so u will never hear of foreign husbands complaining that their wives dont look after the household..

it's not just the women themselves,but it's also the inlaws and husband who will look down upon a non-working girl,as if she is backward or old fashioned.

i personally know of one such person who married an advertising professional(arranged marriage).he did not find "non-working" wives attractive.

today he is under so much stress because of daily fights with his wife who has no time for him and the family,and has no time to cook even on weekends,when she expects to relax instead of doing housework.he has become so much stressed that he visits psychiatrist each weekend and regrets his decision of not marrying a non-career girl.

A man gets wife based on his capability to earn but a girl gets her husband based on her looks/body and how much she knows about house-hold work.

In a home, where woman is working and as well as man is working, they can easily engage a maid. Then what task is left to do? Just cooking? Is that too much to ask for from a member of family? When male is expected to bring grocery and do all tiresome tasks, can't she even cook? If she can't and complains, I would not like such girl even to enter my house.

its typical of women to expect the men  to understand everything in life.. ..i dont get this thing if we want the other to keep on understanding "us" everytime then how are we suppossed to move ahead in life.

moreover after 498a one cannot expect anything from a man whos lost everything even the hope to live..

.coming back to the topic.. its always mutual commitment and bond that goes..its not reasonable and  what i know abt relationship of men and women is that when we care abt men they will care abt us no matter what..but we have to overcome expectations and be more liberal in relations .but exceptions are there which is why relations break marriage is second even the blood ones do crumble..

And yeah i do write poems on every issue and living, i would pm u some..if u wish to read do tell me..coz here there are protocols to follow..

I agree with u but in past our grand father/grand mother / father / mother r also happy at that time and u see some old moives r also better from today moives. I think the Moives, serial, chenal etc...  r main role in this factor. Our India culture is best in the world but we r follow Western culture. Problem start when u r decided to stay with luxurious life. Milk, Fruits, Vegitables, rice, .......... r good for health but today mostly not eat these and eat only pizza, bread etc..... these all r effect in health and liable for stressed. U says families demand a working bahu but bahus are also demand that they r give me freedom in life.

"And yeah i do write poems on every issue and living, i would pm u some..if u wish to read do tell me..coz here there are protocols to follow."

No no no  WE all liked your poem very much just post it by starting a new thread in family forum and i am sure Admin also encourage you as we alltime discussing now and then law related thread .You said i will pm but i cant send a pm to you as because of your settings.so we are deprived of your beautiful poem. YEH KAISA INSAF

Read this  past thread ;https://www.lawyersclubindia.com/forum/YES-Admin-I-want-now-a-T-shirt-this-month--25049.asp?1=1&offset=3

First let us thank u for entertaining all of us. Even we enjoyed reading all the replies.. Thats spirit of LCI members. Hum Saath Saath Hai :-)

Why ONLY womens are Projected ???? 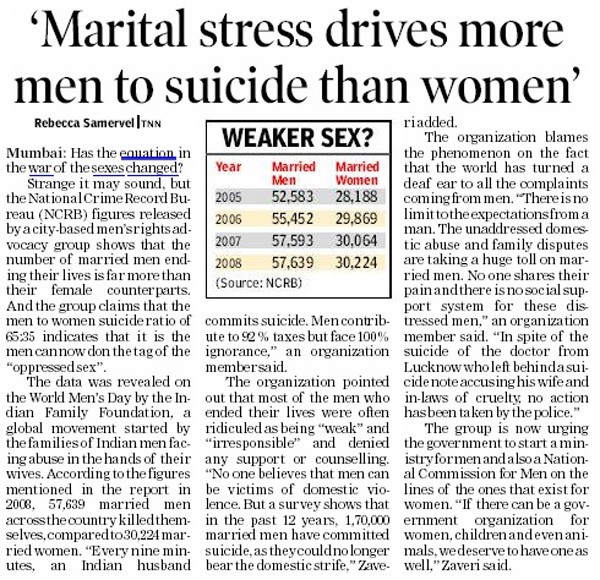 The world over, in olden days, Man was the bread-winner of the family. Women looked after the hearth and home and also bore, breast-fed and looked after the children. That was a nice division of labour. Everything fit in its place and life was smooth. Then came the concept of equality of genders, equality of rights and so many other things. Both husband and wife wanted to go out and work. Who will then look after the house and household work? This problem becomes more acute when children are born. Who will look after the children? Ayaas are unreliable and untrustworthy. They may even ill-treat or starve the child. Some couples expect the parents of one of them to look after the home and children. Of course they are ideal, especially to look after their grandchildren. Some couples even expect their parents to come for help as a matter of right, especially if their parents are dependent on them. Many parents may not be in a position to help for reasons of ill-health, old age or they may still be working having not reached the age of superannuation.

These problems are there everywhere in the world, not just in only. It is very difficult to solve them. It is not that all men do not want to do household work. When both man and wife go to work, which will look after the house and kids?

Wishing to have a working bahu and a professional bahu are two different things. A working bahu is just an earning bahu. If a man, qualified or otherwise, does not want to marry a professionally qualified woman, the feminists will shout, inferiority complex. I know many highly qualified women do not get married because they do not get a man more qualified than themselves. Just as women take pride, if their husbands are highly qualified or in high position, there are other women who feel ashamed if  their husbands are not so well qualified as themselves.

Roshni : I asked a housewife. My wife was working in a School as a PG Teacher. Mine was arranged marriage. It was decided that after marriage she will leave her job. She did left. But my problems started 5/6 months after my marriage. She left my home and joined that same school service near her parents house where she was working. She is now telling me that she is not interested in doing household work and wants to live freely...... She gave birth to a baby boy and now staying in the school hostel. she is so despair to do the service that she even staying in the school hostel with the infant baby. she told me that she will not lead a family life with me. she will not give me divorce so that i cant remarry and live a married life. But she is telling me that i live in my house, she will live at the hostel and at her parents house with the baby but i have to do the duty as a husband and father just by sending money. What sort of life is this..... u tell me. i told her why she is working when it was decided before our marriage that i `m looking for a housewife. then why she agreed that time. She is denying my conjugal rights and my fatherhood. i`m highly stressed and depressed due to my wife. what would u like to say. even now its my fault!!!