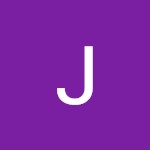 We are taking advance / Performance back guarantee from foreign suppliers. Since encampment of BG is always triggered thru Indian Bank, will it be governed by Indian Law , Indian contractcact, Indian banking association and urdg? 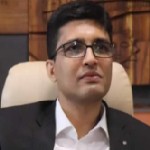 International Bank Guarantees will be always triggered through an Indian Bank as you rightly said, such Indian bank would have had a counter guarantee from a foreign bank at the request of the foreign suppliers.

Here, for an Indian Beneficiary (you in this case), you are to simply invoke the guarantee with Indian bank and the things will work per Indian Contract Act in so far as the encashment of bank guarantee is concerned.

However, in case the foreign supplier raises a dispute as regards illegal encashment of the bank guarantee by you, that will be a dispute in terms of the contract between you and foreign supplier, which may be governed by Indian Contract Act or by foreign jurisdiction’s contract act as the provisions of contract between you and supplier may be or as the circumstances indicate (in case of there being no written contract).