We are a Hindu family residing in Jaipur (Raj). This query is for my only real brother, who just got married with a girl (from RAJ only, but diff district)) on Nov 2010.Their marriage was set through Ad in the newspaper. Girl’s maternal Aunt (who lives in Jaipur only) approached us with the marriage proposal for her niece.

Also their marriage is completely Dowry-less( except for a double bed-which is called ‘SEJ’ & is supposed to be come from girl’s side for the girl only & some gold ornaments for her. Also they created account in the name of the girl with same 40K amount. Nothing is taken by us (Our family). Infact they asked us if we want something else, they can manage. We completely refused saying as we haven’t given any dowry for our daughter, we will not take from you too.)

Now the issue is, after 5-10 days of their marriage, we come to know that, Bhabhi  is having many irregular white spots on her half chest to stomach upto naval.( Girl’s family hide this fact from us).

Still we saw her to a much known skin specialist, he prescribed some medicines & completely denied the arousal of those white spots as an after-effect of chicken pox (as was explained by Bhabhi,after knowing about her skin disease). My mother started her treatment (as prescribed by the doctor) religiously ( like regularly asking her for applying ointment & asking if it is working)

On 25 Jan 2011, Bhabhi’s Maternal Aunt( who lives in Jaipur) called & invited the Newly wedded couple for lunch on Republic day, My mummy denied both of them to go there, on this Bhabhi offered the call( of her Aunt) to my mummy, which my mom refused to  attend. At this, Bhabhi yelled& asked the reason. My mummy said, it’s her Decision & Right.

On such a petty issue Bhabhi started crying & yelling that- she feels suffocated here & feels mentally tortured. Next day she called her Uncle & Aunt. Said the same thing before them & packed her bags to leave with them to their house (at Jaipur).

After few days my brother revealed that he doubts illegal relationship between bhabhi & her maternal uncle. As her uncle visited twice our home when nobody was there, before she left the home. (His second visit was kept secret from us). Also one day my brother caught a Vulgar SMS on bhabhi’s cell, sent from her uncle’s Cell no. only. (Usually she deletes many of her SMS (not the clean one, we suppose))

But we don’t have strong proof against them.

It has been 10 days now she is at her Aunt’s home. In spite of calling many times her parents about resolving the issue, they are not coming & just talking nonsense over phone & giving indirect threats of jail & all (like describing some similar case).

Bhabhi, too sometimes threats my brother to meet her or call else she would kill herself.

Now my question is-

2)      Can my brother file for divorce for hiding fact (white patches) OR/AND suspected adultery (he is just 2 months married)?

4)      We sisters are married & living in different states, can charges be made against us also?

Thanks in advance for your advice!

SHE CAN MAKE A  FALLS  COMPLAINT IN POLICE/ IN THE COURT FROM HER FATHER PLACE U/S 498A AND SOME OTHER IPC,DOWRY ACT.

2)      Can my brother file for divorce for hiding fact (white patches) OR/AND suspected adultery (he is just 2 months married)?

FOR ADULTERY NO PUNISHMENT FOR WOMEN. YOU CAN TAKE ONE GROUND FOR DIVORCE AS ILLEGAL RELATIONSHIP. BUT PROVING THIS VERY DIFFICULT.

4)      We sisters are married & living in different states, can charges be made against us also?

THERE ARE POSSIBILITIES IN MENTAL HARASSMENT OVER PHONE / ON VISIT ETC., BUT IF U NEVER LIVE TOGETHER ,NO CHARGES WILL BE SUSTAIN IN INVESTIGATION OF POLICE.

FOR EVERY THING THE AMENDED CR.P.C 41 SEC WILL SAVE YOU ALL WITHOUT ANY ARREST.

I read somewhere that we should write application about the case( to prevent 498a) & submit to SP/IG/DIG or some other higher Police officer. So I just wanted to know how should I write this matter in 'Law' language. Could you please help in the format.

If possible pls send me the template on nakshtra96@gmail.com 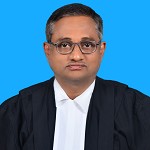 before giving any justified answer.. want to know whether husband and wfife living sepeartely. in order to curtail intensity of effect of 498A. better give a complaint against her stating her unbalanced state of mind (which be only for case dairy in police station without exposing publicly).

yes they are living separately since 26 jan'11...Also is this AMENDED CrPC Sec 41 a LAW now or just a bill which has not been converted into the law???

41AMND  IS GAZETTED, IT IS IN FORCE