My friend has been recently married two days ago.   His wife complains that he is an impotent and wants to file divorce case on this ground. But he is not an impotent  Will she succeed?

impotency is a very good ground for divorce. women get instant divorce on that ground. if your friend failed to show that he is potent by any way, then she will succeed.

She would have to prove impotency of your friend which is normally done by way of medical expert evidence if no impotency no divorce.  But the problem is faced in cases where impotency is with respect to a specific individual, normally in the form of a mental blockade/repulsion, In such cases no medical check can reveal that, because medical check up reveals potency in general. In this peculiar case - unless the wife submits it can't be ascertained. And the wife cannot be made to submit. 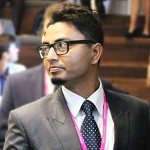 Impotency is a ground for divorce but it needs to be medically proved. A person refusing to submit to medical test might lead the court to draw adverse inference but the court cannot force any person to undergo any sort of medical test.

All those who say it’s a ground of Divorce should first check their law books & refresh their legal knowledge.

As far to prove this charge in the court of law is concerned that come up at latter stage, the very fact the Petition for annulment is made in the Family Court on these charges will make the Respondent worried as he has to submit himself for medical examination to ascertain his impotency & he cannot refuse for the same on any ground not even on the ground of protecting ones privacy.

Any man who has to subject himself for medical examination to ascertain his impotency and such person is well aware about it is not fool to defend such charges in the court of law, thus  making him a piece of laughing object for general public.

Certain facts of one’s self are best kept secret rather matter of public discussion, hence this matter getting decided ex-parte in favour of the wife is very strong .

I have handled such cases & all such cases were decided ex-parte in favour of the wives as the husbands in those cases never came out to defend charges of impotency in the Family Court.

Non consummation of marriage due to factors others than impotency can be understandable.  But if a person is impotent can there be possibility of consummation?  So when impotency is claimed as ground no need to stress about non-consummation factor.

Impotence or erectile dysfunction is an embrassing,frusttrating and emotionally sensitive problem in a marriage.On the next thought modern medicine has made significant improvements in treatment options.Yes,it can be treated as ground for divorce.I think your friend should go for a medical test if he normal,then it will be clear in the test report.The court will surely accept the evidence.And if by chance he is impotent then there are many treatments,which can be an effective cure to this problem.I am sure you find the right option.

The kind of IMPOTENCY u mentioned here, within 2 days of marriage is quite a normal thing. Basic cause is nervousness. As the relationship grows, apprehensions are lost n s*xual performence is right on track.

So in my view, rather than blowing the trumpet so early will aggravate the problem. Let the couple move ahead, try to be cool in ur head n then be hot in the bed

Thank you for your valuable advice. I shall update soon.