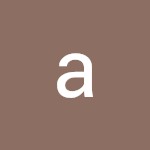 Dispute among the partners in payment to law firm

A  service for patent was requested to a law firm based by three inventors. Dr R , Dr K and their student Suresh. The invoice was generated in the name of Dr R,  Dr R paid the money to the law firm at various stages during the patenting process.  After 16 years patent got granted. Now some Payment is due. Dr R and Dr K both are pressurizing the previous Student Suresh to clear the dues claiming that Suresh has never paid any amount. But even Dr K has never paid anything. (Dr K lives in Canada). Actually, the patent is the result of research work conducted by Suresh under the supervision of Dr R and Dr K during Suresh's PhD. The invoice is still coming in the name of Dr R.  Dr K has also never paid a single amount. But now both Dr R and Dr K are pressurizing Suresh to pay money to the law firm.  They are keeping the lawyers in CC in those emails in which they are demanding the payment. It has become a source of tension and harassment for Suresh.    Dr K  is an Indian,  living in Canada, Suresh and Dr R both are living India.

: 1- Can the invoice be now changed by the law firm in the name of Suresh after getting influenced by Dr R and Dr K?

2- What would generally a law firm do in such cases? To whom they will catch for the payment?Dr R  on whose name the account was opened or Suresh or Dr K or all?  Will they settle for 1/3rd payment for each one?

Note:  All three have provided power of attorney.   Suresh is the first inventor and applicant in the patent application that the law firm filed in the patent office.  The service from the law firm  was requested by Dr R  and so the invoice was always generated in the name of him.