But you need to draft a complaint in compliance with the rules. 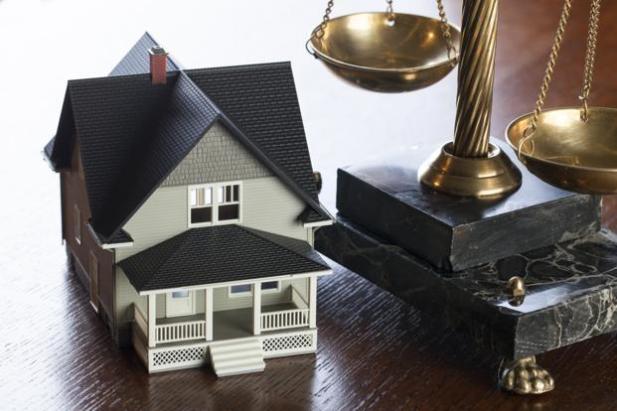 Date of the agreement

Facts leading to delay in possession.

Defects if possession has already take

Remember that the facts has to be mentioned in detail.

5. Mention clearly relief to be sought, like you want possession/compensation/removal of defects in possession/penelty and interest.

6.Interim orders Like till pend ency of complaint what interim order you wish to have like stay on cancellation of allotted unit

7.Complaint not pending before any tribunal.

Verification of the complaint as per format

How to fight case against builder when you have no money?

If you are a flat buyer and still waiting for possession of your dream flat and there has been years of delay now. You are also paying Rent and EMI you are financially drained and want to get out of the mess.

One option is you go for legal remedy in court of law RERA or consumer forum individually which will again cost you more and more money and also time. This is an old technique which many people are using.

Other option is you search for other people like you and you will find around 100-200 people who are affected by false promises made by builder.

But how this is going to help you…

If you form a group of at least 5-10 people to start with. You can initiate a legal proceedings against builder in NCDRC consumer forum under 12(1)(C) of consumer forum

Well this is a different procedure here you file a case in a group like 5-10 people.

What about legal cost?

Since you are filing a single complaint against builder so cost factor is minimum as compared to individual complaint.

Like individual complaint cost increases as your case progresses in this case the legal cost reduces as more and more people become part of the complaint.

Since may people will join for a cause it is an effective way to put pressure on builder to settle as number of people are bound to increase as case progesses.

This way at low cost you will get effective remedy.

to know more just mail your query at nitish@lexspeak.in

RERA is Real Estate Regulation Act-2016 the act was passed with an objective to regulate real estate sector in India. Real estate sector contributes to 9% GDP and is 2nd highest employment generator after Agriculture. There was a need to regulate the sector as there was huge number of builders who have defaulted in their commitment of giving possession of flat to allotees. The real estate scam in India is apparent and need to regulate builders was important an then there are one sided agreements and cheating done by builders

About 67% of projects in Delhi/NCR are delayed by more than 2 Years.

The act has a provision of mandatory registration of Builders and real estate agents and establishment of real estate regulatory authority to look into the matters related to complaint against builders.

A Builder complaint can be lodged in RERA under Section 31 of RERA Act.

Every State in India has RERA and under RERA builder projects are registered there are stringent provisions under which the builder has to disclose details of the project and file sanction plans,completion dates etc before he could even do marketing of the project. There are strict penalty clauses in the act with regards to non-registration of the projects.

Under Section 31 an allotee can approach RERA and can file builder complaint under RERA act. The format of complaint differ from state to state. Here we will evaluating RERA forums of Delhi and NCR.

The webpage of Delhi RERA is http://dda.org.in/rera/

They have online complaint link http://dda.org.in/rera/EncroachDataUpload.aspx

However it is advisible to visit and file complaint under section 31 of RERA act against builders or rela estate agents in Delhi.

In Haryana two RERA authorities are there one in Panchkula and

The temporary office will start functioning out of the public works department (PWD) guest house on Old Railway Road near the Gurugram police commissionerate. However, the permanent office will come up in Sector 44 six months later.

Interest and Compensation under RERA

“The authority is of the view that Krisumi Corporation has violated the provisions by publishing the advertisement in the newspapers as well as on the website without getting prior registration of the project from the Haryana Real Estate Regulatory Authority, Gurugram in whose jurisdiction the said project falls and thereby committed the violation of Section 3 (1) of the Act and rendered themselves for action under Section 59 (1) of the ibid Act,” H-Rera chairman Khandelwal observed in the detailed order. Directing the company to pay Rs 30 lakh as penalty for the violations, the authority further observed that such violation would not be allowed.

Moneycontrol.com–06-Apr-2018
“Section 11 (2) of RERA states that the advertisement or prospectus issued or published by the promoter shall mention prominently the website address of the Authority, wherein all details of the registered project have been entered and include the registration number obtained from the Authority and such other matters …

RERA to Mumbai builder: Compensate buyers for delay in giving …

Hindustan Times–31-Mar-2018
The Maharashtra Real Estate Regulatory Authority (MahaRERA) in its recent order has rapped a builder who violated construction rules and tried to put the blame of delay in possession of a flat on government agencies. The order also provided relief to homebuyers who were given possession of their …

MahaRera directs builder to refund cash component over delay in …

Times of India–20-Mar-2018
MUMBAI: Maharashtra Real Estate and Regulatory Authority (RERA) recently directed a builder to repay with interest Rs 25 lakh including a cash amount of … The Rera Member said that grounds of delay given by the builder, could be treated as mitigating factors to refuse buyer’s claim for compensation.
Advocate Nitish Banka
9891549997
Reply
On 24 December 2018

RERA Act specifies three particular formats. Form M for Complaint to RERA Authority, Form N for Adjudicating officer if you are seeking compensation, and Form L for Appeal to RERA Appellate Authority. It has been held by various RERA authorities that Refund plus interest is not compensation and thus form M would be appropriate to file first.

For compensation on account of mental loss, pain and harassment, form N is appropriate. You may take the plea before RERA Authority though, but they may or may not record in their order for applying so. But it is your right.

This if aggrieved by the order apply to Appellate in 60 days and then to High Court. It is a new law and thus will take some time to laid down clear, binding and effective precedents.