Points: 32
A girl's father given written against me to his police station and mentioned that I molest her daughter when she used to go tuition, over phone, by letter using un-parliamentary language by me and posted her inappropriate photo over social media. But I didn't do that. These all are false allegation against me. I used to go office from my house daily. Since 1 yr ago I was talking to her but after that I've no contact with her. Someone else is doing this and un-necessary I'am involved in this. Police came to my house and abuses me and my family and threaten me not to do this again and leave the city as soon as possible. So request you to please suggest me what to do and how to get out of it. Should I file a defamation case against her father for false allegation. We are reputed family in society. My reputation and my family reputation got vanished because of his false allegation. Everyone talking the same thing. We are living in village area. So you can understand how society works in villages. So request you to please suggest me what to do? How much time it will take to final decision because I'm unmarried, Male. How much fee I've to pay??
Reply 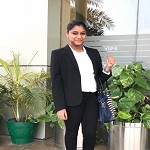 Dear sir, Thankyou for putting forth this query. I hope my answer is sufficient for your query.
Yes, you can file for Defamation for false accusation of rape. We ca;t guarantee the time it will take due to the heavy pendency of cases in courts. Also, the fee depends from lawyer to lawyer but the court fees is state subject and varies from state to state. Also, court would not refund your court fees if you lose the case . You can file private complaint of criminal defamation before magistrate under section499-  500 of IPC. The Limitation period is 3 years.

Let's start with the very basic explanation of defamation.

Defamation occurs when someone makes a false, unprivileged statement about someone to a third party, which attacks the person's professional character or standing, claims that an unmarried person is unchaste, claims the person has a s*xually transmitted disease, or that the person has committed a crime of moral turpitude.

There are the two main types of defamation cases: libel and slander. Both involve harmful, false statements that cause damage someone’s reputation, but libel requires that the statement be in writing or somehow “published.” With slander, all that is required is that the defamatory statement be spoken to a third party (someone other than you).

In many cases, damages (the harm you suffered) are handled differently depending on whether the statement at issue is considered libel or slander.

But in your case, it may not matter much, because under defamation laws in most states, falsely accusing someone of having committed a crime is considered “defamatory per se” or “actionable per se.” That means harm is taken as a given in the eyes of the law, and harm to your reputation is presumed.

Things to keep in mind for filing a suit for Defamation:-

The plaintiff (the party filing the lawsuit) must establish several facts to the court about the defaming statements in question. Generally, for statements to constitute defamation, they must be:

Don;t you worry, The court will enable him to pay heavy damages for such false accusation.
Goodluck with your case! Best wishes!