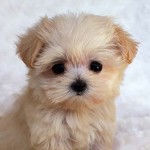 My father owns an apartment at hyderabad in which my family is residing.My father authorized us to take part in apartment activities.we are secretary to our apartment now since 3 months.

I need to brief about an ex secretary of my apartment.For 1 year he is in the secretary post but did nothing for the apartment.It is we who struggled for getting of amenities like Water softener ,deposit of corpus fund (it is deposited nearly after 3 months than the stipulated time by the builder.The owners deposited corpus fund of 1 lakh each while occupying the flats.I wrote many mails addressing the secretary,president etc to ensure that bank accounts be opened ASAP so that  the builder deposits the 20 lacs money.There was delay in registering the association, opening the bank accounts,delay in depositing of the money.My daughter suffered miserable skin infections as we shd use only ground water without softening the water.It was decided that corpus fund money shd be used to buy softener.i fought with the builder and secretary who was appointed by the builder while handingover the apartment.

There was no plumber in the apartment for nearly 6 months during their tenure.no electrician.He appointed watchman who works only for him and he doesnt heed to us.I want to remove this watchman also.

Now as we took over the secretary post from him ,he has lot of grudge on us.though the new committee is formed nearly 3 months ago he is not giving us the Documents pertaining to the apartment like

Yesterday I sent a request thru watchman in a book requesting the above documents.He tore the paper and returned the book to me.I asked him why he tore the paper.he told its my will and i will talk in the meeting.he got the support of some tenants residing in the apartment (his BIL'S) and he is encouraging them to give complaints which are not fair.

please give me your suggestions to how to approach consumer courts in hyderabad against the ex secretary to make him submit all the above docs.please note that I want to approach lawyers who take nominal fees and dont charge big amounts.also from whom i need to retrieve the money after judgement.

how to approach criminal courts..pls help..

It is now 7 months since you gave this post. I see no reply here. Have you solved your problems? What is the current situation?