Can ancestral property gifted by widow having no class1 heir 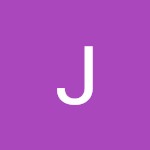 Mr. Grandfather has four sons.(S1,S2,S3,S4). S4 had no children and is deceased leaving behind his wife(W4). The ancestral property is to be partitioned among S1, S2, S3 ,W4.

Can a ancestral property which is inherited by a widow(W4) from her husbands lineage after partition having no class 1 heirs be willed, gifted or sold by her?

Can her brother-in-law(S3) legally restrict her to gift to nephew2(son of S2) ?

She can write a will, gift or sell it away. Only if she dies intestate it will revert to the family of her husband.

The postion is that when a person gets the property by partition, his/her  share wil be called her self acquired property.  But by the time of partition she as any issues say son or daughter, then he/she will get the property under the partition with all incidents of acoparcenery.  But if the person getting the property has no legal heirs, then she can gift or settle the property in favour of any body of her choice.

In my opinion, W4 is entitled to an equal share of her husband’s properties like other surviving, entitled heirs. Under Hindu Succession Act, 1956, the properties of a Hindu male dying intestate devolve, in the first instance, equally on his sons, daughters, widow and mother.

If the ancestral property was partitioned and a share thereof devolved upon the widow according to this partition, the said property became her self-acquired property. W4 has full right to inherit the entire property of her deceased husband.

W4 having no legal heir can write a will, gift or sell the said property at her discretion.