BCI code: Lawyers fees in cheque only, receipts for cash

If the Bar Council of India has its way, all advocates in the country will soon have to accept fees only by cheque. And if the payment is to be made in cash, proper receipts must be furnished to the client and a register of the same will be required to be maintained by advocates.

“The elaborate code provides a general guide for ethical standards, which we expect members of the bar to follow,” said a senior official of the BCI.

It has sought views and suggestions from the members of the bar as well as the state bar councils before the code is accepted by all.

Besides covering issues of fees and reimbursements, the code has also taken care to include ethics to be followed by lawyers while accepting briefs and while appearing in court. It has also included lawyer’s duties that are expected towards clients, opponents in their case as well as other members of the bar.

There will be mixed reactions.

This may not work in rural areas, where most client used to be poor.

Also, will the actual cost incurred by the parties in going thru the legal battle, be taken into account while deciding/awarding the cost of the suit?

THANKS for the info.

Practically next to impossible at District and sub divisions courts level,as i think,

" Practically next to impossible at District and sub divisions courts level,as i think,"

A NEXT TO IMPOSSIBLE.

For lawyers all over India, time has come for us to become professionals thoroughly. We have taken enough time to grow. It is lack of strict committment to be hardcore professional that has led to the present situation. The best way to rededticate is to develop accountability. By receiving fees through cheques would the best begining. Maintaing accounts and financial planning also will start. Another important aspect we as lawyers have diluted our interest in ecnomics. There were times the president of Bar association would be the leading speaker in seminars arranged by stock exchange. We have to get back our good old days of profound professionalism. Lets make a begining. Accountability is the best way to begin. Lawyers should be the leaders in showing the way to general public in payment of income-tax.

your opinion is right

but practically its not possible in lower courts....

Dear friends, we as Indians have always negative approach towards anything beneficial to the masses and start reacting adversely.Apart from that we just start pre-judging the things. "Arey Yaro Koshish toa Karo", because this would be going to benefit whole of the community.When every trnasaction if it is not illegal is done on the records why not the FEE to these LEARNEDS?Come on guys, accept the development since we are not in the stone age.Regards

Different friends expressed different views in my view: One day or other legal professionals also should follow and exhibit certain professionalism.  The inherent fear may be that the taxable income can not be questioned when all payments/fees receivables are only through/by cheques.  This may not be practicable when the small income group villages approach the advocates to defend the case.  When we look the Hospital Industry which is also having similar problems.  But wth the development of Super Speciality Hospitals all are now following certain amount of discipline.  To follow the procedure by cheque payments, like hospitals (with the help of Chartered Accountants), we too can evolve certain types of expenses and the personal income of an advocate like: Court Expenses, Stamp Duty, Conveyance / travel/transport expenses/, Postage, Out-sourcing expenses like Typing, Xerox Copying, Payments to Experts in seeking their opinion in the respective filed, Stationery Expenses, Senior Legal Counsel and Junior Legal Counsel Expenses and finally the nett income to the Couunsel to takes up the case.  By doing this the nett income will be negligible and also this would help the Advocate to convince his client why at all he should pay such a demand (high/low) fee. Hope my friends would agree to my opinion.Regards,N.Murali.

I agree with the views of Adv Vinod Bansal, this is practically next to impossible at District and sub divisions courts level, as there are many poor clients who may not be having even bank accounts, forget about maintaining a cheque book... how can the BCI expect a poor woman seeking maintainence from her husband, or a labourer to pay by cheque!! 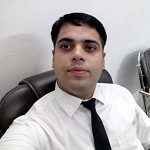 what i think this should be applicable  on only  high court and supreme court lawyer . for district and session courts it is not possible .

Again and again interested parties have been defending their own end. If poor peole or the havenots do not have the privy to the bank account atleast a receipt could be given to them as a proof of payment of their fee or whatever payment made to the lawyers etc.Why so fuss about?Certain learned advocates emphasize on impossibility, for them I must say, why everyone uses that word?If you will, you can and there is nothing impossible except dead coming alive.

Are learned advocates afraid of accountability?

For instance in the year 1999 I offered a A/c payee NRE cheque to my advocate who did not deposit and returned to me after 15 days on flimsy pretext and at later date I was forced to cough up a huge amount to what it was bargained before and who says that the advocates issue receipt for the payment?May be I am not aware of any such incident.

Kindly do not bring this topic into intricacies of legal parlance and start comparing with other ilk, for comparison does not survive in this competitive world.Have a positive approach and the things would be setteled down for the benefit of giver and taker both. And if you are honest enough, nothing would demerit.Regards