Appeal against the execution order

Can a complainant file an Appeal before the Appellate Court to challenge the Execution Order passed by the Lower Court.

However, now the Complainant has filed an appeal to challenge the Exeuction Order. Is it admissible in the appeal court? 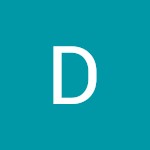 Time limit for filing appeal against decree or judgement is 90 days from the date of order passed by subordinate court. Pl verify the limitation and then an appeal may be preferred.
1 Like